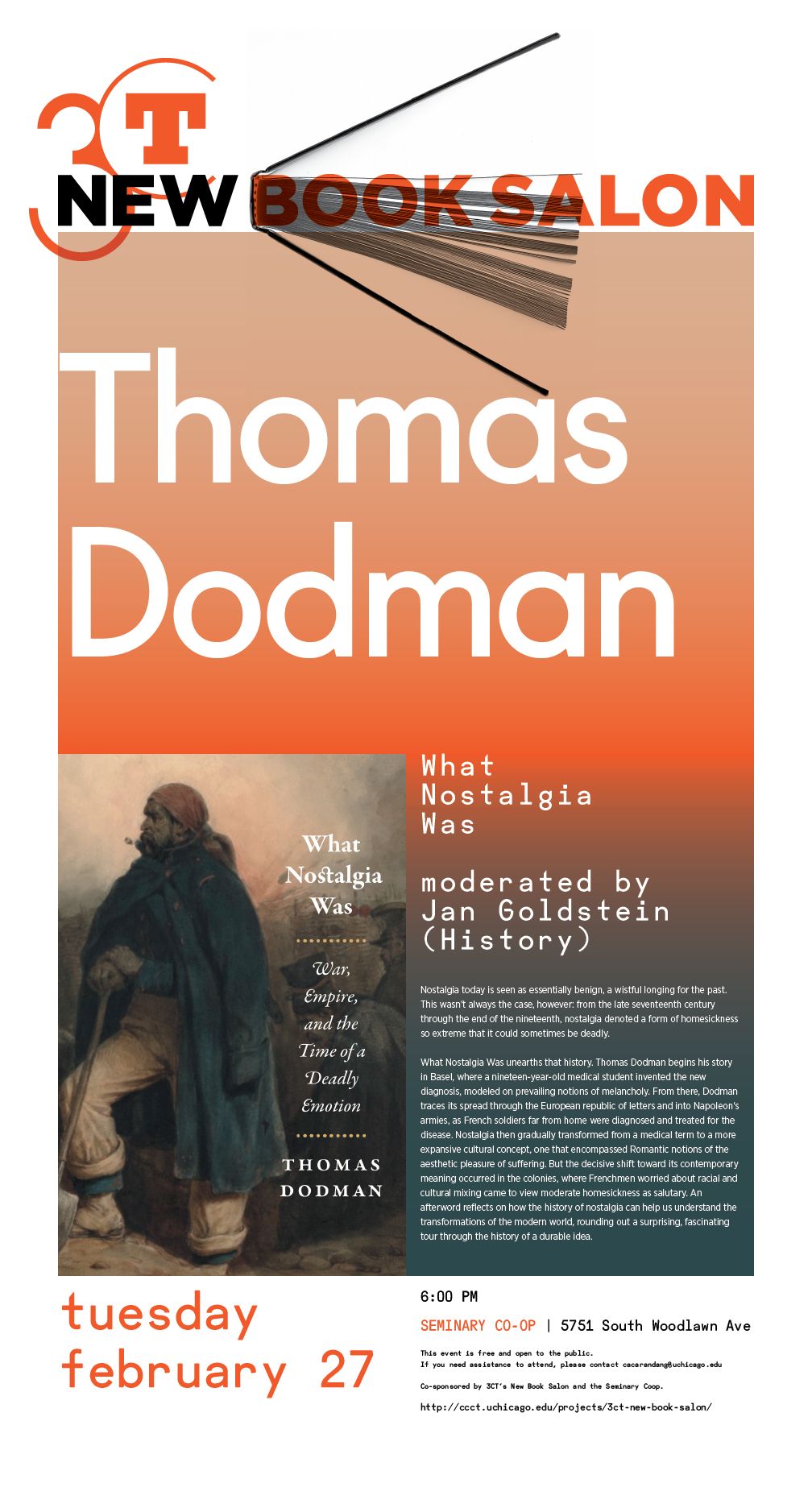 Nostalgia today is seen as essentially benign, a wistful longing for the past. This wasn’t always the case, however: from the late seventeenth century through the end of the nineteenth, nostalgia denoted a form of homesickness so extreme that it could sometimes be deadly.

What Nostalgia Was unearths that history. Thomas Dodman begins his story in Basel, where a nineteen-year-old medical student invented the new diagnosis, modeled on prevailing notions of melancholy. From there, Dodman traces its spread through the European republic of letters and into Napoleon’s armies, as French soldiers far from home were diagnosed and treated for the disease. Nostalgia then gradually transformed from a medical term to a more expansive cultural concept, one that encompassed Romantic notions of the aesthetic pleasure of suffering. But the decisive shift toward its contemporary meaning occurred in the colonies, where Frenchmen worried about racial and cultural mixing came to view moderate homesickness as salutary. An afterword reflects on how the history of nostalgia can help us understand the transformations of the modern world, rounding out a surprising, fascinating tour through the history of a durable idea.

Thomas Dodman is Assistant Professor in the Department of French and the College at Columbia University. He is the author of What Nostalgia Was: War, Empire and the Time of a Deadly Emotion (Chicago, 2018) and is currently co-editing a global history of war for the Éditions du Seuil. A cultural and intellectual historian of modern France, Dr. Dodman received his PhD from the University of Chicago and was a Mellon Fellow at the Institute for Advanced Study in Princeton. He previously taught at Boston College and currently serves as associate editor for Emotion Review.