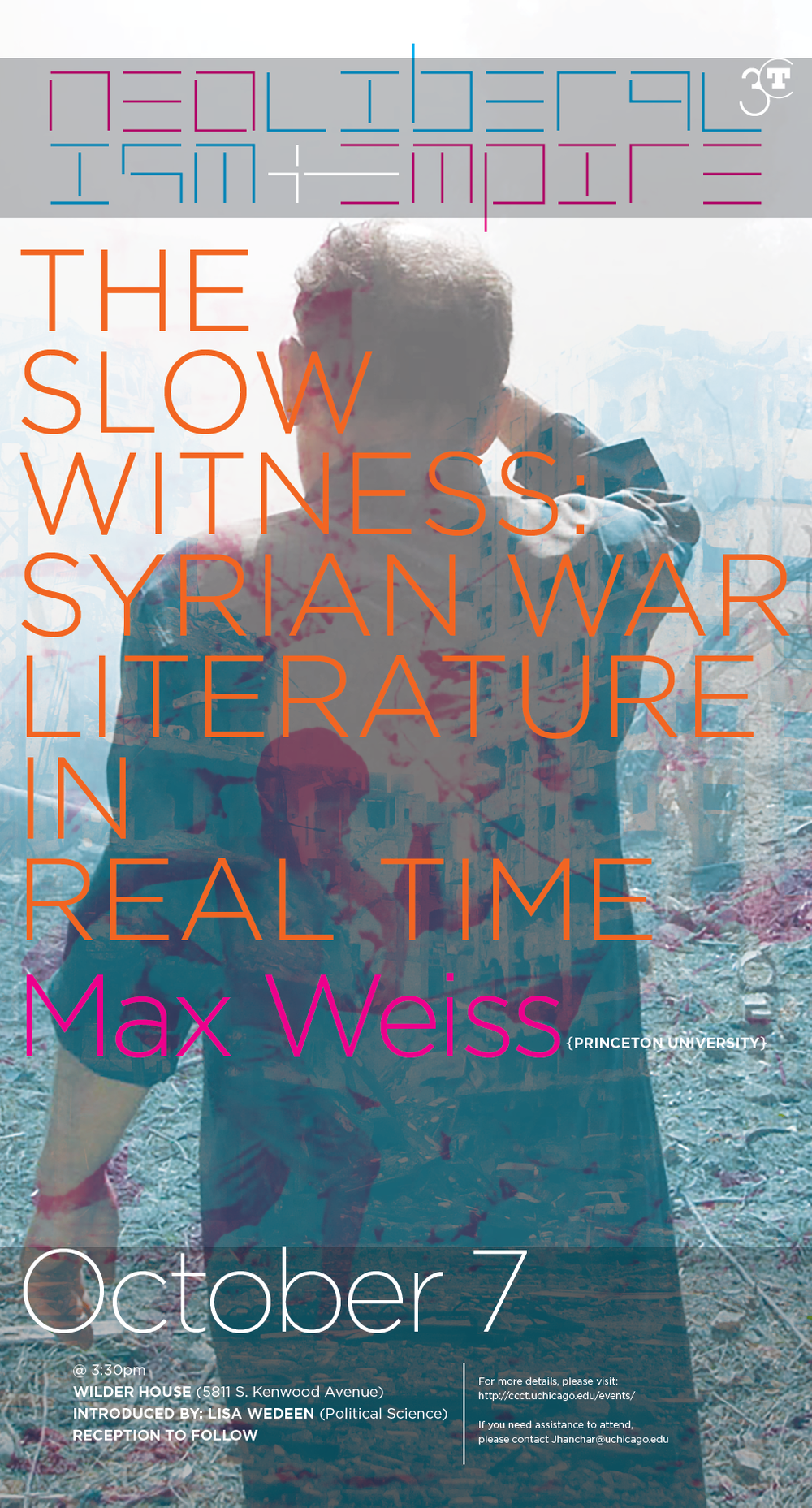 A specter is stalking the Syrian civil war: a stumbling, slow-moving witness. In this war and the global catastrophe thrashing all around it, speed is of the essence. Up-to-the-minute news, realistic images and real-time streaming video have a marked influence on the global struggle for and over Syria. In this context, as participants on all sides of the conflict seek establish their version of the truth as quickly as possible, new enemies appear, including doubt, ambiguity or nuance. Syrian fiction writers are not immune from these political and cultural practices, under the influence of an imperative to document the latest developments, to be ahead of the curve, somehow outside and inside the moment simultaneously, to contribute drafts of Syrian history-in-the-making. This talk explores reflections of such an ethics of immediacy in Syrian literature through the concept of the “slow witness,” a figure that is both represented in specific literary texts but also embodied by the practice of writing and reading fiction itself in a time of extreme human suffering and dislocation.

Max Weiss is Associate Professor of History and Near Eastern Studies at Princeton University. He is the author of In the Shadow of Sectarianism: Law, Shi`ism, and the Making of Modern Lebanon (Cambridge, MA, 2010), and translator, most recently, of Mamdouh Azzam, Ascension to Death (London, 2016). He earned a Ph.D. in Modern Middle East History from Stanford University, held postdoctoral fellowships at Princeton University and the Harvard Society of Fellows, and his research has been supported by the Fulbright-Hays Commission, the Social Science Research Council, and the Carnegie Corporation.