The Operators Call Them Angels 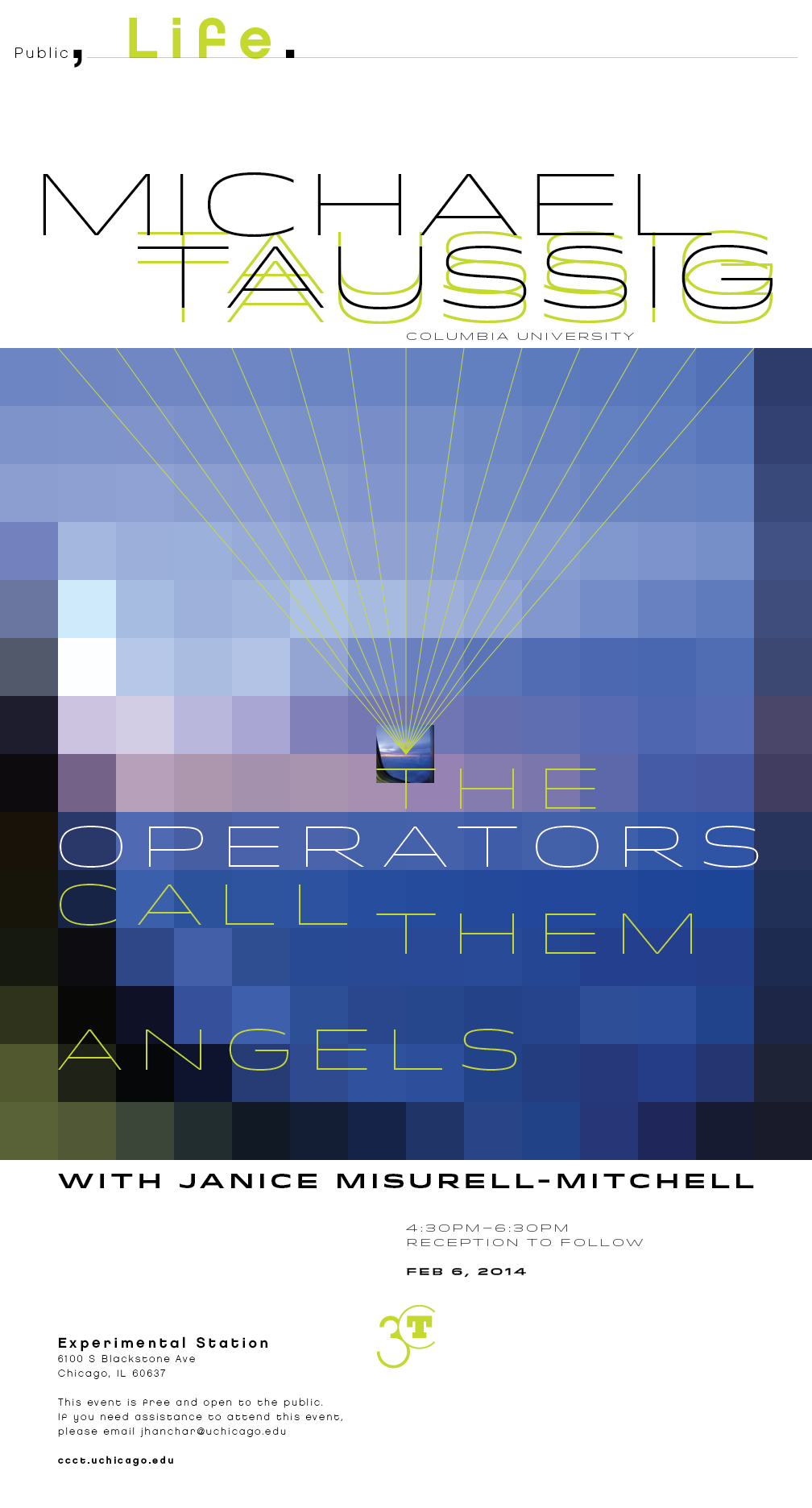 Please join us for a quasi theatrical piece wherein Michael Taussig will talk about twilight and sunset, ritual, immanence and the re-enchantment of the sun in the age of global meltdown. Janice Misurell-Mitchell will accompany on the flute and vocals.

Michael Taussig, is a professor of anthropology at Columbia University in New York.  Known for his provocative ethnographic studies and unconventional style as an academic, Prof. Taussig was born in Australia and studied medicine at the University of Sydney before going on to earn a Ph.D. in anthropology at the London School of Economics.  He is the author of numerous books including: What Color is the Sacred? (2009), Walter Benjamin’s Grave (2006), My Cocaine Museum (2004), Law in a Lawless Land: Diary of a Limpieza in a Colombian Town (2003), Defacement (1999), Magic of the State (1997), Mimesis and Alterity: A Particular History of the Senses (1993), The Nervous System (1992), Shamanism, Colonialism, and the Wild Man: A Study in Terror and Healing (1987), and The Devil and Commodity Fetishism in South America (1980).

Janice Misurell-Mitchell is a composer, flutist and vocal artist on the faculty of the School of the Art Institute of Chicago.  A member of CUBE Contemporary Chamber Ensemble, she was recently a featured composer at Art Chicago, the International Alliance for Women in Music Congress in Beijing, the Voices of Dissent series at the Bowling Green College of Musical Arts, the Outside the Box Festival at Southern Illinois University, and the Music for a While contemporary music series at the Music Institute of Chicago, the Robert Helps Festival at the University of South Florida, the Festival of Winds in Novara, Italy, and at the Randspiele Festival in Berlin. She has received numerous awards, including grants from Meet the Composer, the Illinois Arts Council, the Chicago Department of Cultural Affairs, residencies at the Atlantic Center for the Arts and the Ragdale Foundation.  She has also received awards and commissions from the National Flute Association, the Youth Symphony of DuPage, the International Alliance for Women in Music, Northwestern University and others.  Her works are performed throughout the United States and Europe and have been played on the Public Broadcasting Network, the National Flute Association Conventions, at the National Museum for Women in the Arts in Washington, D.C., the Museum of Contemporary Art and Symphony Center in Chicago, and at Carnegie Hall.