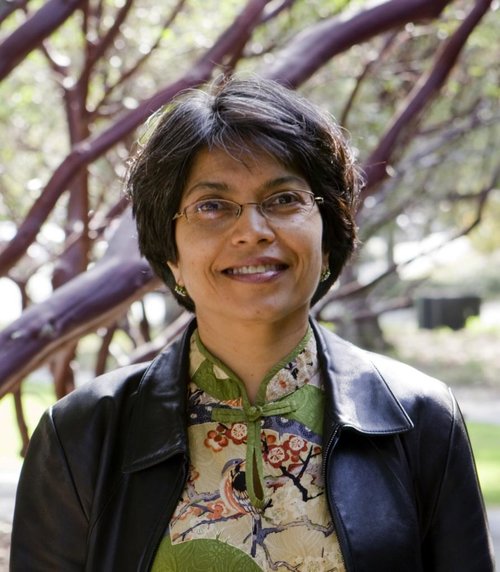 Please join us in remembering Saba Mahmood. Mahmood was an Assistant Professor of the History of Religions in the Divinity School of the University of Chicago from 1998-2003.

Saba Mahmood, Professor of Anthropology at the University of California at Berkeley, passed away on March 10th, 2018 in her home in Kensington, California. The cause was pancreatic cancer. She was 56 years old.

Born in Quetta, Pakistan in 1962 to Mahmood Hussein and Latif Begum, Professor Mahmood came to the United States in 1981 to study architecture and urban planning at the University of Washington in Seattle. She received her PhD in Anthropology from Stanford University in 1998. In 1998, Professor Mahmood joined University of Chicago for her first academic job as an Assistant Professor of the History of Religions in the Divinity School. During her years at Chicago, she was active in the Late Liberalism Project collective and advanced social scientific approaches to the study of religion. After spending five years at the Divinity School, she joined the faculty at UC Berkeley in 2003 where she remained for the rest of her career.

Professor Mahmood made path-breaking contributions to contemporary debates on Islam and secularism, opening up new ways of understanding religion in public life and contesting received assumptions about both religion and the secular. She was the single author of Religious Difference in a Secular Age: A Minority Report (Princeton University Press, 2015) and Politics of Piety: the Islamic Revival and the Feminist Subject (Princeton University Press, 2005) which won the Victoria Schuck Award from the American Political Science Association. She co-authored a Is Critique Secular? (Fordham University Press, 2011) and co-edited Politics of Religious Freedom (University of Chicago, 2015). Her work has been translated into Arabic, French, Persian, Portuguese, Spanish, Turkish, and Polish. Professor Mahmood was the recipient of several honors and awards, including the Axel Springer Fellowship at the American Academy in Berlin, and fellowships at the Center for Advanced Study in the Behavioral Sciences at Stanford University and the University of California Humanities Research Institute. She was the recipient of a major grant from the Henry Luce Foundation’s Initiative on Religion and International Affairs as well as the Harvard Academy of International and Area Studies. She also received the Frederick Burkhardt Fellowship from the American Council of Learned Societies, as well as the Andrew Carnegie Scholars’ program as a young scholar. She was awarded an honorary doctorate from the University of Uppsala in Sweden in 2013.

Professor Mahmood is survived by her husband Charles Hirschkind, her son, Nameer Hirschkind, and her two brothers, Tariq Mahmood and Khalid Mahmood.