History, Fictions, and the Politics of Justice 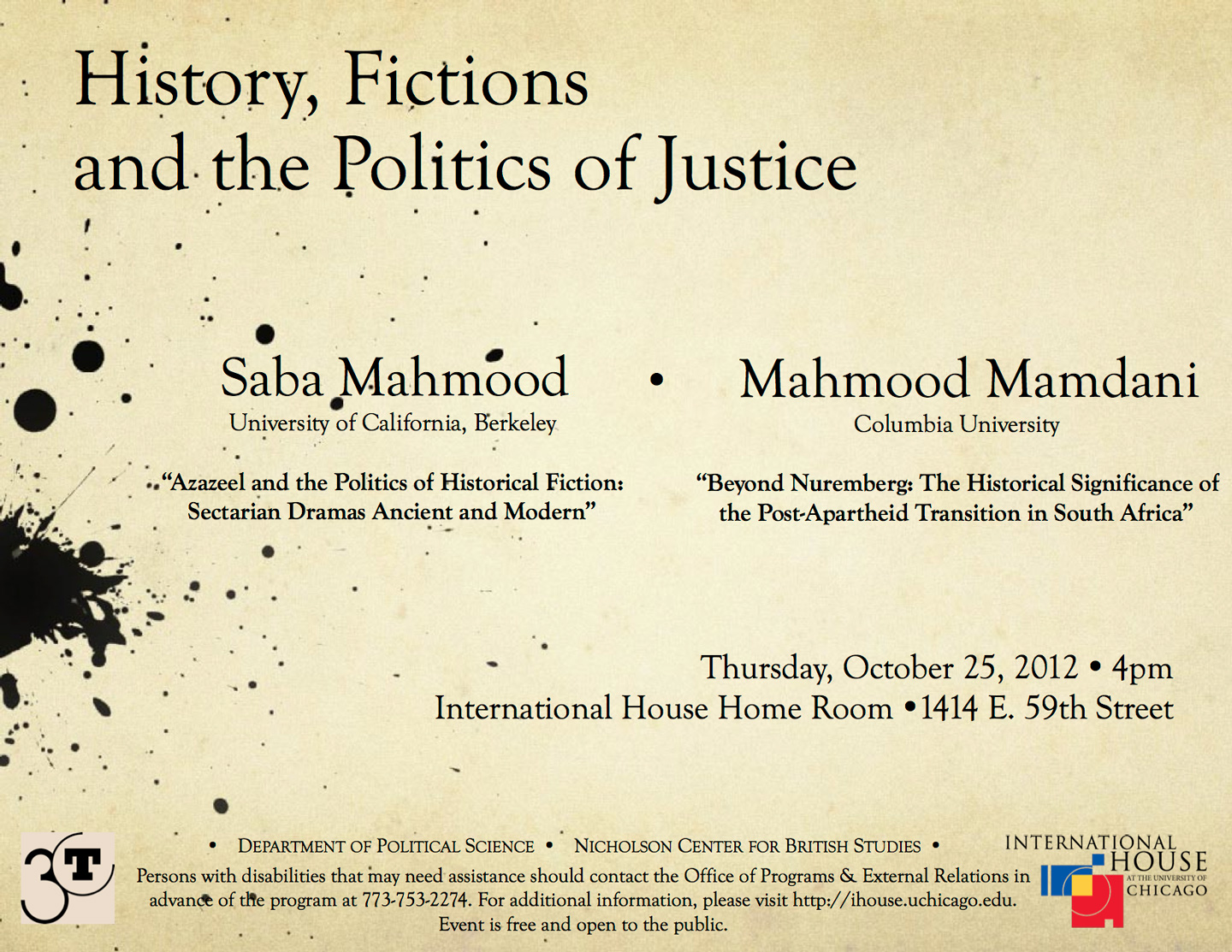 Saba Mahmood (UC Berkeley) and Mahmood Mamdani (Columbia) will each discuss their current projects and lead a discussion on the themes of religion, politics, history, and justice.

This paper analyzes the recent debate and struggle that erupted over the publication of the prize winning novel Azazeel between Christians and Muslims in Egypt. Based on historical events in fourth century Alexandria, including the Nestorian controversy and the killing of the Greek mathematician Hypatia, the novel ignited fierce polemics about what it means to account for these events in the present. This paper tries to think through the relationship between fiction and history, and politics and religion, through the figural importance of the character Azazeel so central to all three monotheistic faiths.

“Beyond Nuremberg: The Historical Significance of the Post-Apartheid Transition in South Africa”
Mahmood Mamdani, Columbia University

Nuremberg is the template through which we have come to define responsibility for mass violence in the post-Cold War period. Whether in the Balkans or in Rwanda or Congo, international criminal trials are the preferred response to extreme violence. The International Criminal Court claims to follow the precedent of Nuremberg. That precedent is that violence must be criminalized without exception, its perpetrators identified and tried in a court of law. Professor Mamdani offers a critique of the Nuremberg model from the vantage point of the political negotiations that led to the South African transition from apartheid and suggests an alternative way of thinking of mass violence, as political rather than criminal.

This event is organized by the Department of Political Science, with support from the Nicholson Center for British Studies, the Chicago Center for Contemporary Theory (3CT), and the International House Global Voices series.