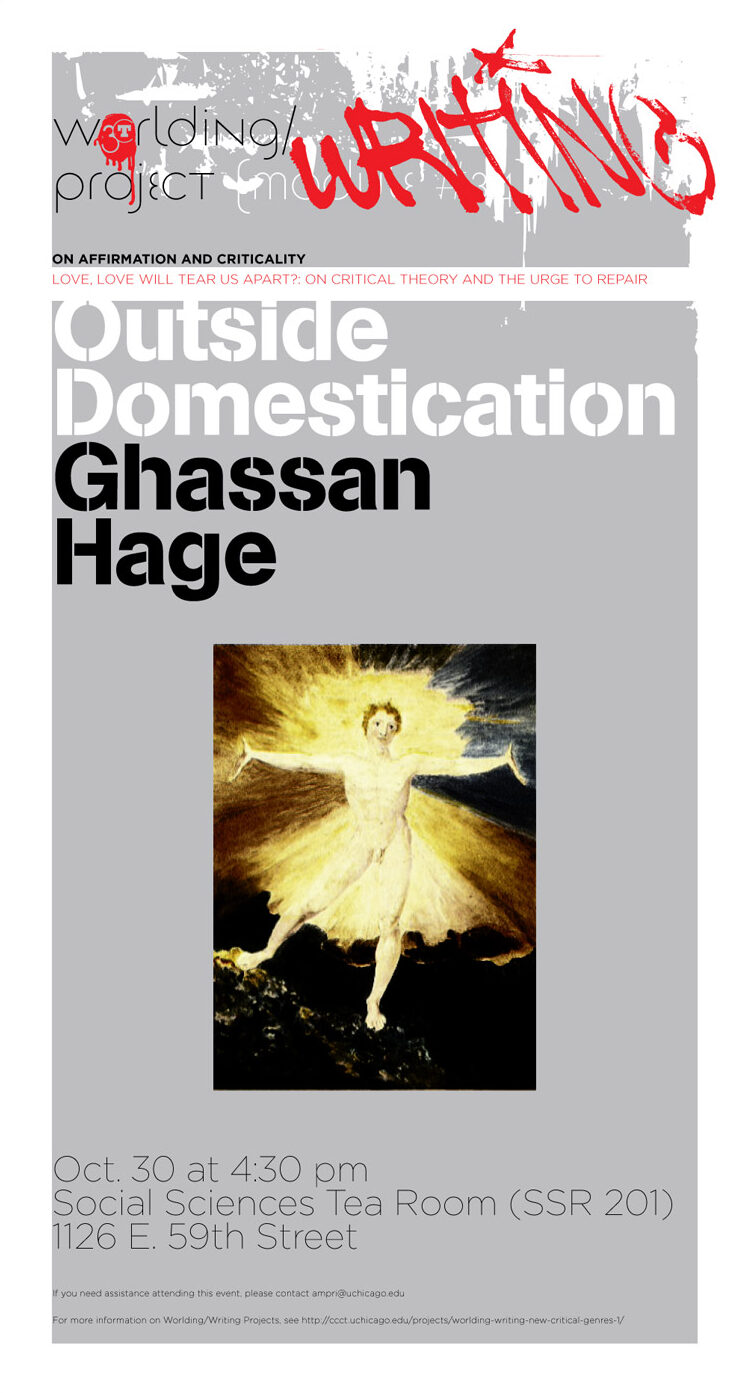 Defining Domestication as a dominant mode of being in modernity, this talk will discuss it as a mode of creating and relating to otherness, and of fantasizing the self, which is grounded in senses of property, instrumentalization, and sovereignty. It will explore dimensions of Hage’s current work aiming at formulating a critical anthropology concerned with the honing of the ethnographic gaze such as to capture minor modes of being that are outside this dominant form.

This talk is part of our year-long series “On Affirmation and Criticality.” It is the second event in the series’ first segment: “Love, Love Will Tear Us Apart?: On Critical Theory and The Urge to Repair.” This series will look seriously at the relation of the critical to the affirmative by way of idioms of love, sex, and care. Its speakers will address and reflectively perform in relation to genres of critical theory and politicized ideas of attachment. Other speakers include Michael Hardt (on love and the commons as political concepts); Melissa Gregg (on criticality and care); and Lee Edelman and Lauren Berlant (on love, theory, and negativity).

Ghassan Hage is the University of Melbourne’s Future Generation Professor of Anthropology and Social Theory and a Fellow of the Australian Academy of the Humanities. He has published widely in the comparative anthropology of nationalism, multiculturalism, racism and migration. His work fuses approaches from political economy, phenomenology and psychoanalysis. He is a renowned expert in the work of Pierre Bourdieu. For many years and until Bourdieu’s death he was an associate researcher in the latter’s research center at the Ecole des Hautes Etudes en Sciences Sociales. He is the author and editor of many works including White Nation and Against Paranoid Nationalism. His most recent work is the edited volume: Force, Movement, Intensity: The Newtonian Imagination in the Humanities and the Social Sciences.