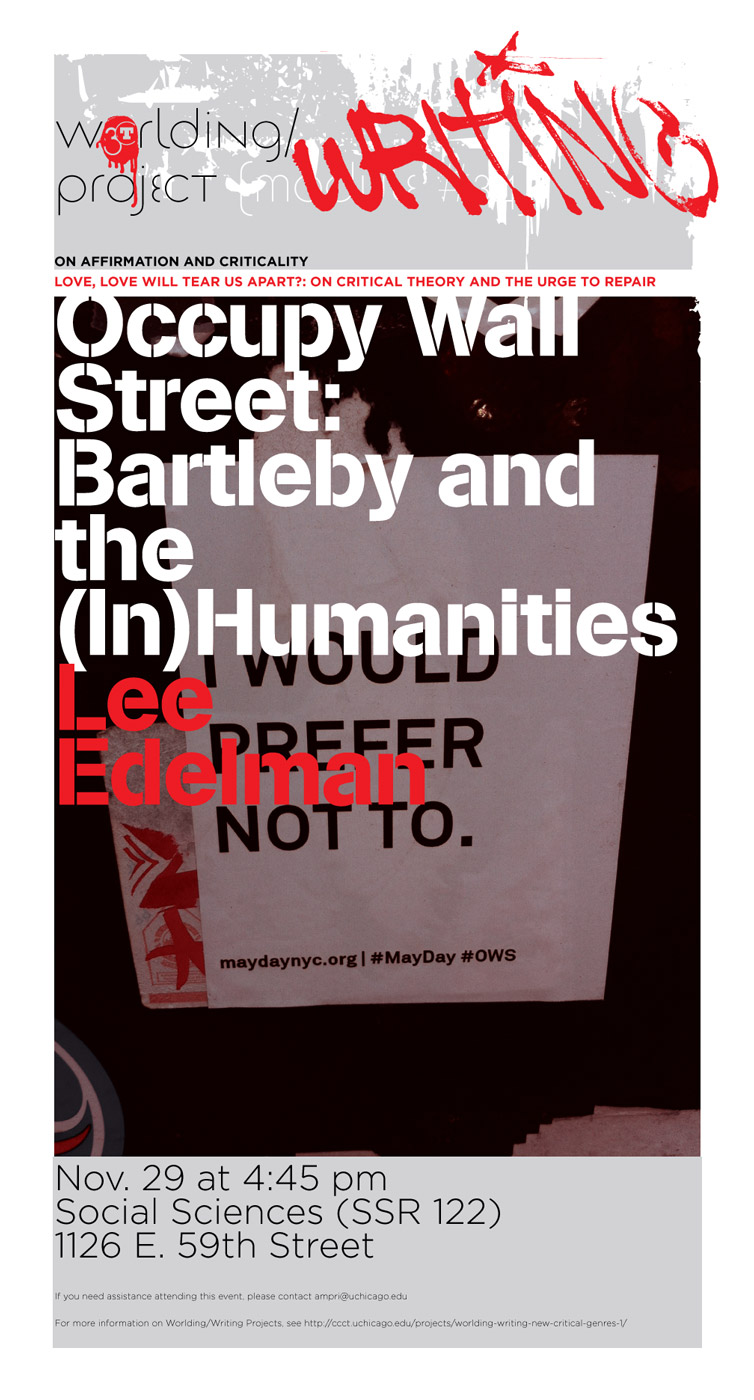 Lee Edelman will consider Herman Melville’s short story, “Bartleby, The Scrivener,” in relation to the Occupy Wall Street movement and the contemporary status of the humanities. It will focus in particular on the logical connection between the concept of corporations as people and the current corporate vision of (and corporate influence on) the humanities. By bringing together the uses of “Bartleby” by the protesters of the Occupy movement and the use of Bartleby by the Wall Street lawyer who narrates the Melville’s tale, Edelman aims to examine how the corporate humanities promote an ideology of unfractured community that leaves no place for a queer resistance to community itself.

This talk is part of our year-long series “On Affirmation and Criticality.” It is the fourth and last event in the series’ first segment: “Love, Love Will Tear Us Apart?: On Critical Theory and The Urge to Repair.” This series looks seriously at the relation of the critical to the affirmative by way of idioms of love, sex, and care. Its speakers address and reflectively perform in relation to genres of critical theory and politicized ideas of attachment. Other speakers have included Michael Hardt (on love and the commons as political concepts); Ghassan Hage (on domestication as the dominant mode of being in modernity); and Melissa Gregg (on criticality and care in contemporary theories of the new media socialities).

Lee Edelman is Fletcher Professor of English Literature at Tufts University. He has published numerous essays on topics including literature, film, sexuality studies, and literary theory and is the author of three books, Transmemberment of Song: Hart Crane’s Anatomies of Rhetoric and Desire; Homographesis: Essays in Gay Literary and Cultural Analysis; and No Future: Queer Theory and the Death Drive. His lecture is drawn from his book in progress, Bad Education: Why Queerness is No Good.