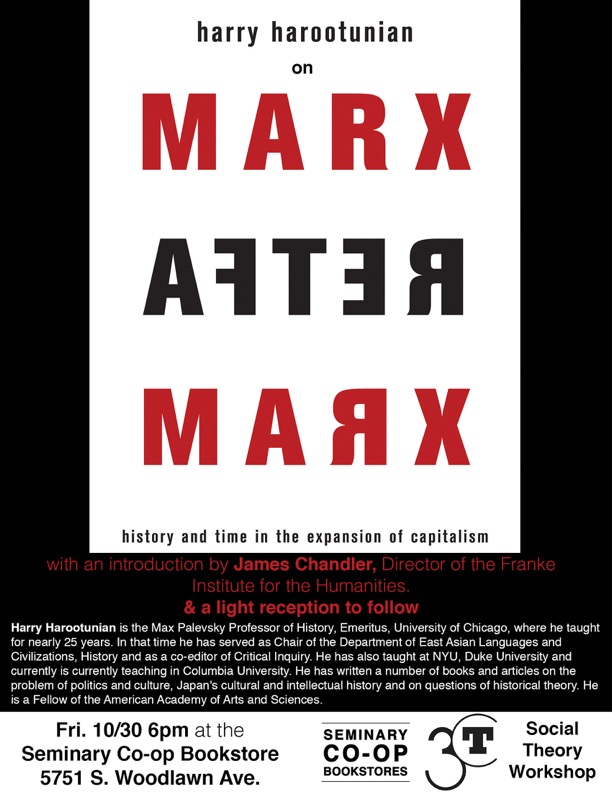 Harry Harootunian questions the claims of “Western Marxism” and its presumption of the final completion of capitalism. If this shift in Marxism reflected the recognition that the expected revolutions were not forthcoming in the years before World War II, its Cold War afterlife helped to both unify the West in its struggle with the Soviet Union and bolster the belief that capitalism remained dominant in the contest over progress.

Harootunian deprovincializes Marx and the West’s cultural turn by returning to the theorist’s earlier explanations of capital’s origins and development, which followed a trajectory beyond Euro-America to Asia, Africa, and Latin America. Marx’s expansive view shows how local circumstances, time, and culture intervened to reshape capital’s system of production in these regions. His outline of a diversified global capitalism was much more robust than his sketch of the English experience in Capital and helps explain the disparate routes that evolved during the twentieth century. Engaging with the texts of Lenin, Luxemburg, Gramsci, and other pivotal theorists, Harootunian strips contemporary Marxism of its cultural preoccupation by reinstating the deep relevance of history.

This event is presented by the Seminary Co-op Bookstore and co-sponsored by 3CT and the Social Theory Workshop.