Excavating Contemporary Capitalism: Toward a Critique of Extraction Writ Large 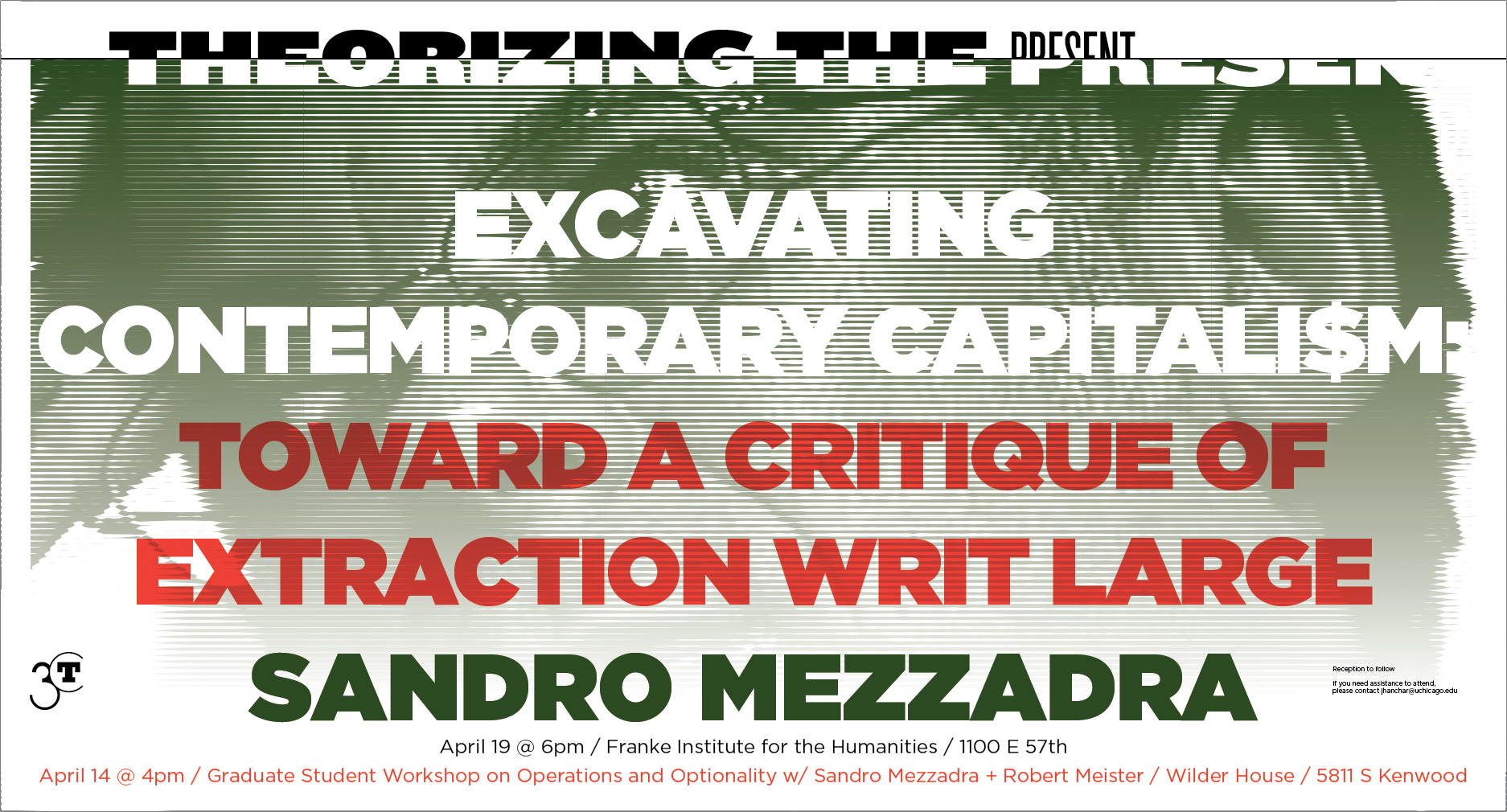 Is globalization over in the age of Trump? The lecture will take this question as a point of departure and will focus on actually existing global processes in order to suggest that what is currently at stake is rather a set of conflicts and tensions surrounding the direction of globalization and the organization of its spaces. On the basis of recently completed book with Brett Neilson, Mezzadra will attempt to shed light on the specific “rationality,” or “logic” underlying operations of capital in strategically important “sectors” of economic activity—such as extraction, logistics, and finance. He will show that such operative logic eschews containment and articulation by the nation state and has rather “global” characteristics. In order to define the contours of that logic, Mezzadra will then argue for the need to work toward an expanded notion of extraction and to look at the ways in which extraction writ large shapes contemporary capitalism. The talk will end by asking a set of important questions regarding a politics capable of effectively confronting this increasingly extractive capitalism and opening up new vistas of liberation and life beyond the rule of capital.

Sandro Mezzadra is a political philosopher whose work in the last decade has centered on the relations between globalization, migration, and citizenship, as well as on postcolonial theory and criticism. He teaches political theory at the University of Bologna and is adjunct fellow at the Institute for Culture and Society of the University of Western Sydney. He is currently visiting research fellow at the Humboldt University, Berlin. His books include In the Marxian Workshops. The Subject and its Production (2014), The Postcolonial Condition: History and Politics in the Global Present (2008); and The Right to Escape: Migration, Citizenship, Globalization (2006). With Brett Neilson he is the author of Border as Method, or, the Multiplication of Labor (2013) and he has worked on several FP7 European research projects. Mezzadra lives and works in Bologna.