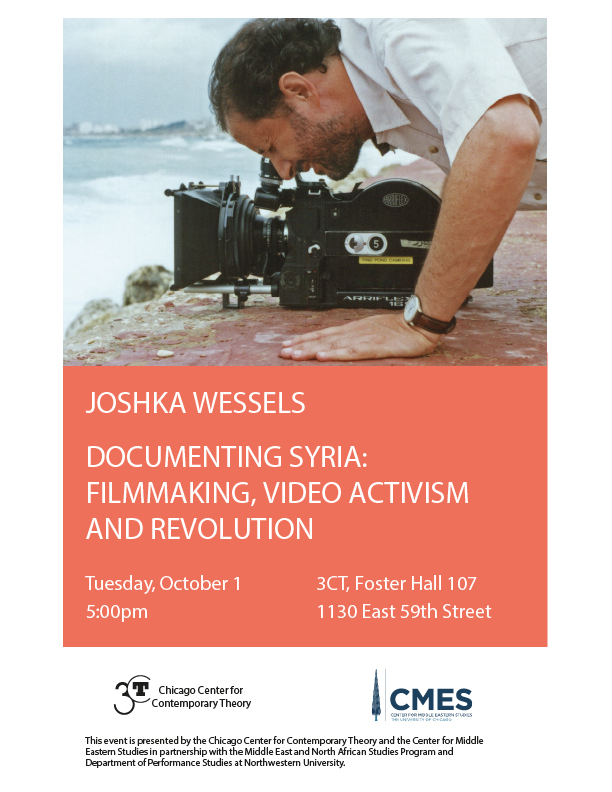 Syria is now one of the most important countries in the world for the documentary film industry. Since the 1970s, Syrian cinema masters have played a defining role in avant-garde filmmaking and political dissent against authoritarianism. After the outbreak of violence in 2011, an estimated 500,000 video clips were uploaded, making it one of the first YouTubed revolutions in history.

Josepha Ivanka (Joshka) Wessels joins us to discuss her new book, Documenting Syria: Filmmaking, Video Activism and Revolution (IB Tauris, 2019), the first history of documentary filmmaking in Syria. Based on extensive media ethnography and in-depth interviews with Syrian filmmakers in exile, the book offers an archival analysis of the documentary work by masters of Syrian cinema, such as Nabil Maleh, Ossama Mohammed, Mohammed Malas, Hala Al Abdallah, Hanna Ward, Ali Atassi and Omar Amiralay. Wessels traces how the works of these filmmakers became iconic for a new generation of filmmakers at the beginning of the 21st century and maps the radical change in the documentary landscape after the revolution of 2011.

Joshka Wessels is a documentary filmmaker and Senior Lecturer in Communication for Development at the School of Arts and Communication (K3) at Malmö University in Sweden. She is a Senior Fellow with the Centre for Syrian Studies (CSS) at Saint Andrews University in the UK and affiliated researcher to the Centre for Middle Eastern Studies (CMES) and the Virtual Reality Lab, both at Lund University in Sweden. She has a MA in Visual Ethnography, from Leiden University, PhD in Human Geography from the University of Amsterdam and has carried out postdoctoral research at Lund University on hydropolitics in the Jordan River Basin and the University of Copenhagen on Syrian video activism.

This event is presented in partnership with the Center for Middle Eastern Studies at the University of Chicago and the Middle East and North African Studies Program and Department of Performance Studies at Northwestern University.