Creativity and Dissent in Present-Day Syria: From TV Series to Citizen-Generated Media 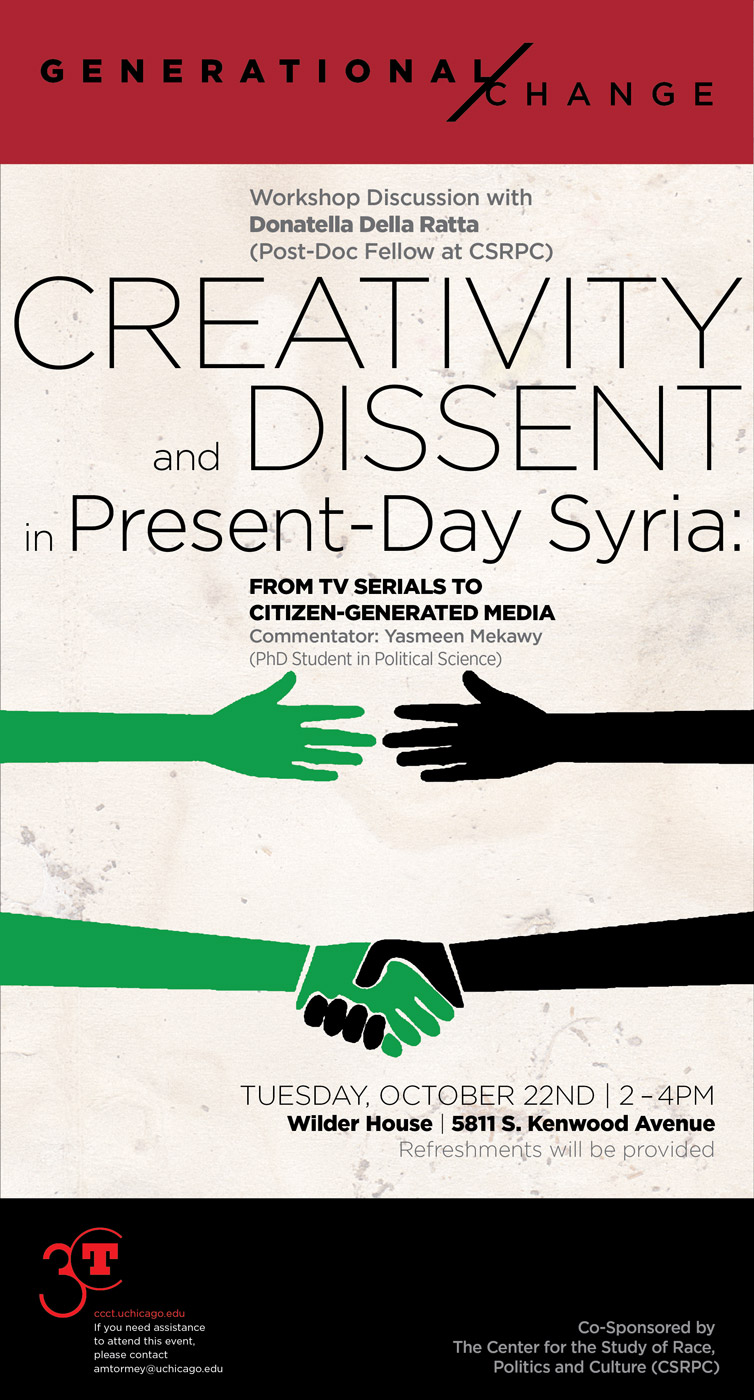 Please join us for a workshop discussion with Donatella Della Ratta, Postdoctoral Fellow at the Center for the Study of Race, Politics, and Culture.