The Moral Neoliberal: Welfare and Citizenship in Italy 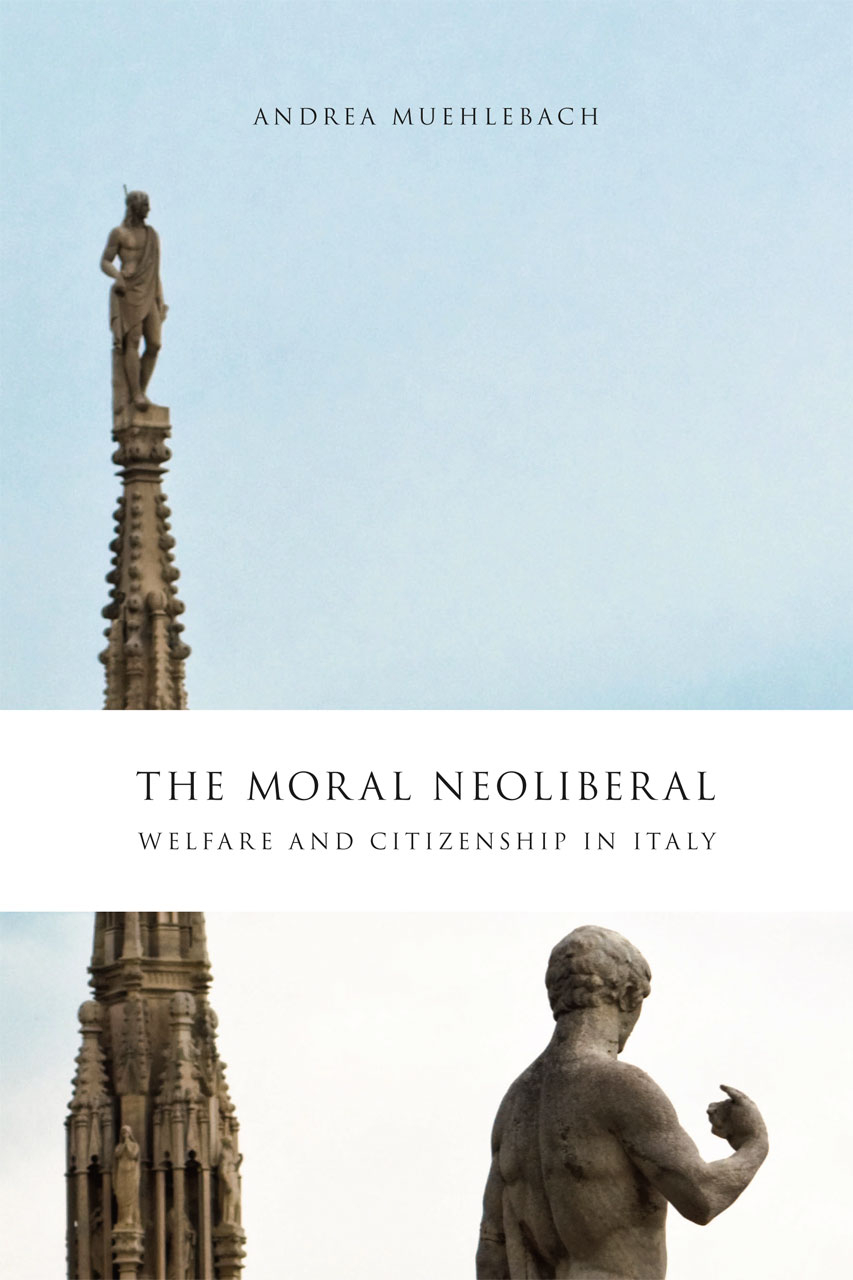 Morality is often imagined to be at odds with capitalism and its focus on the bottom line, but in The Moral Neoliberal morality is shown as the opposite: an indispensible tool for capitalist transformation. Set within the shifting landscape of neoliberal welfare reform in the Lombardy region of Italy, Andrea Muehlebach tracks the phenomenal rise of voluntarism in the wake of the state’s withdrawal of social service programs. Using anthropological tools, she shows how socialist volunteers are interpreting their unwaged labor as an expression of social solidarity, with Catholic volunteers thinking of theirs as an expression of charity and love. Such interpretations pave the way for a mass mobilization of an ethical citizenry that is put to work by the state.

Visiting several sites across the region, from Milanese high schools to the offices of state social workers to the homes of the needy, Muehlebach mounts a powerful argument that the neoliberal state nurtures selflessness in order to cement some of its most controversial reforms. At the same time, she also shows how the insertion of such an anticapitalist narrative into the heart of neoliberalization can have unintended consequences.