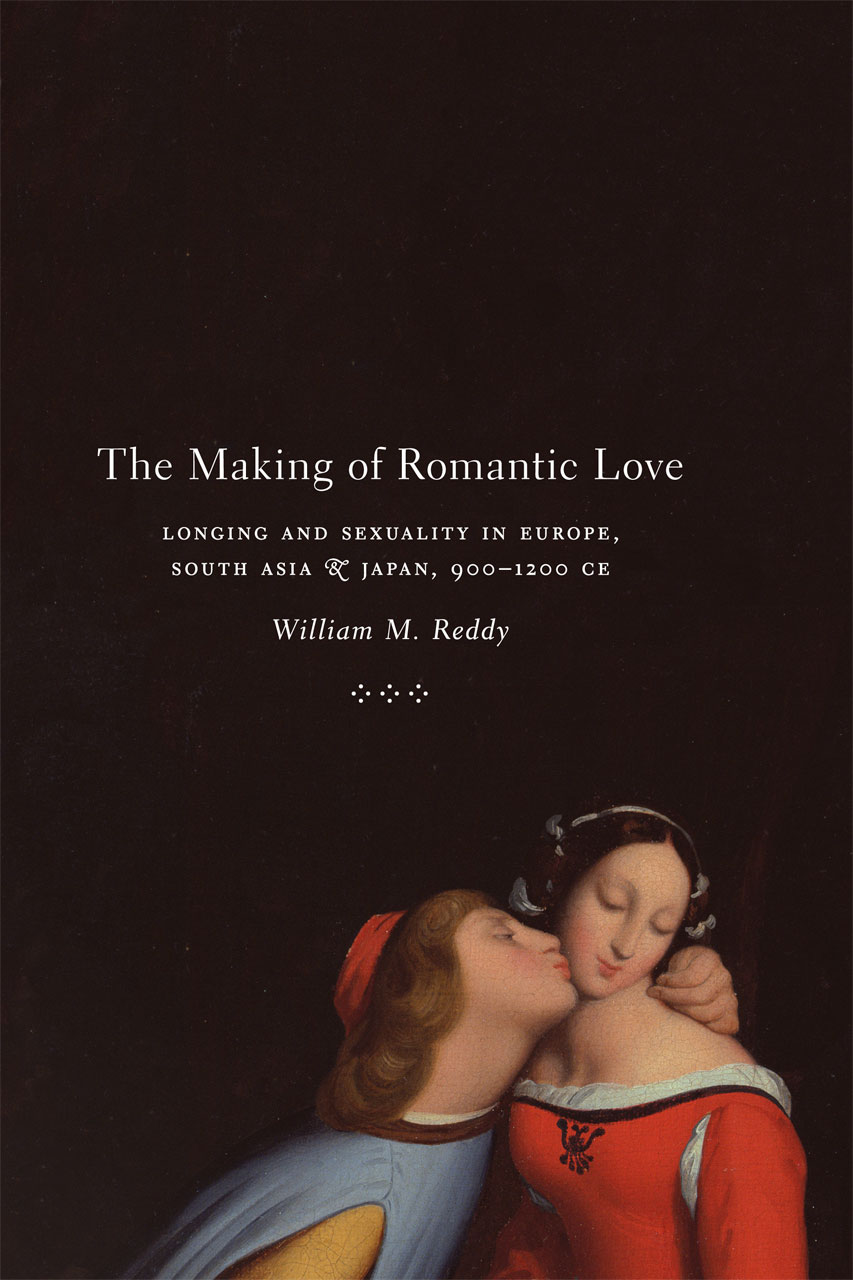 In the twelfth century, the Catholic Church attempted a thoroughgoing reform of marriage and sexual behavior aimed at eradicating sexual desire from Christian lives. Seeking a refuge from the very serious condemnations of the Church and relying on a courtly culture that was already preoccupied with honor and secrecy, European poets, romance writers, and lovers devised a vision of love as something quite different from desire.  Romantic love was thus born as a movement of covert resistance.

In The Making of Romantic Love: Longing and Sexuality in Europe, South Asia, and Japan, William M. Reddy illuminates the birth of a cultural movement that managed to regulate selfish desire and render it innocent—or innocent enough. Reddy strikes out from this historical moment on an international exploration of love, contrasting the medieval development of romantic love in Europe with contemporaneous eastern traditions in Bengal and Orissa, and in Heian Japan from 900-1200 CE, where one finds no trace of an opposition between love and desire. In this comparative framework, Reddy tells an appealing tale about the rise and fall of various practices of longing, underscoring the uniqueness of the European concept of sexual desire.