The Devil’s Handwriting: Precoloniality and the German Colonial State in Qingdao, Samoa, and Southwest Africa 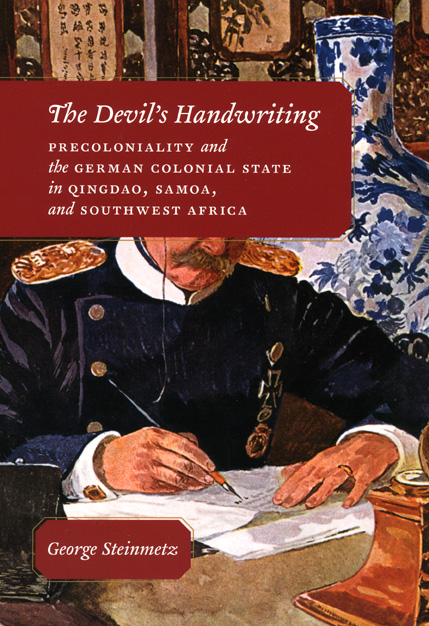 Germany’s overseas colonial empire was relatively short lived, lasting from 1884 to 1918. During this period, dramatically different policies were enacted in the colonies: in southwest Africa, German troops carried out a brutal slaughter of the Herero people; in Samoa, authorities pursued a paternalistic defense of native culture; in Qingdao, China, policy veered between harsh racism and cultural exchange.

Why did the same colonizing power act in such differing ways? In The Devil’s Handwriting, George Steinmetz tackles this question through a brilliant cross-cultural analysis of German colonialism, leading to a new conceptualization of the colonial state and postcolonial theory. Steinmetz uncovers the roots of colonial behavior in precolonial European ethnographies, where the Hereros were portrayed as cruel and inhuman, the Samoans were idealized as “noble savages,” and depictions of Chinese culture were mixed. The effects of status competition among colonial officials, colonizers’ identification with their subjects, and the different strategies of cooperation and resistance offered by the colonized are also scrutinized in this deeply nuanced and ambitious comparative history.