Parité!: Sexual Equality and the Crisis of French Universalism 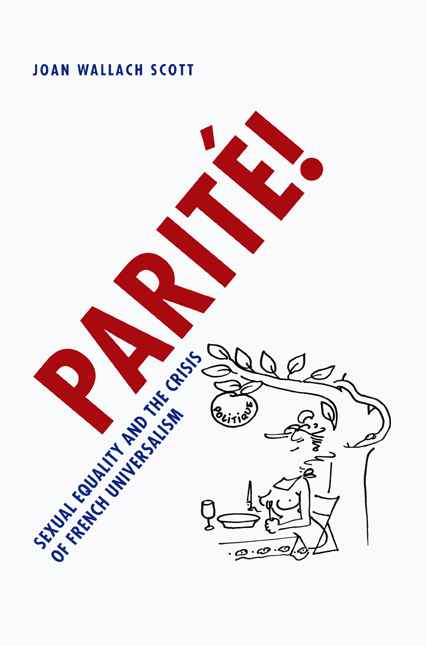 France today is in the throes of a crisis about whether to represent social differences within its political system and, if so, how. It is a crisis defined by the rhetoric of a universalism that takes the abstract individual to be the representative not only of citizens but also of the nation. In Parité! Joan Wallach Scott shows how the requirement for abstraction has led to the exclusion of women from French politics.

During the 1990s, le mouvement pour la parité successfully campaigned for women’s inclusion in elective office with an argument that is unprecedented in the annals of feminism. The paritaristes insisted that if the abstract individual were thought of as sexed, then sexual difference would no longer be a relevant consideration in politics. Scott insists that this argument was neither essentialist nor separatist; it was not about women’s special qualities or interests. Instead, parité was rigorously universalist—and for that reason was both misunderstood and a source of heated debate.