Deadline: Populism and the Press in Venezuela 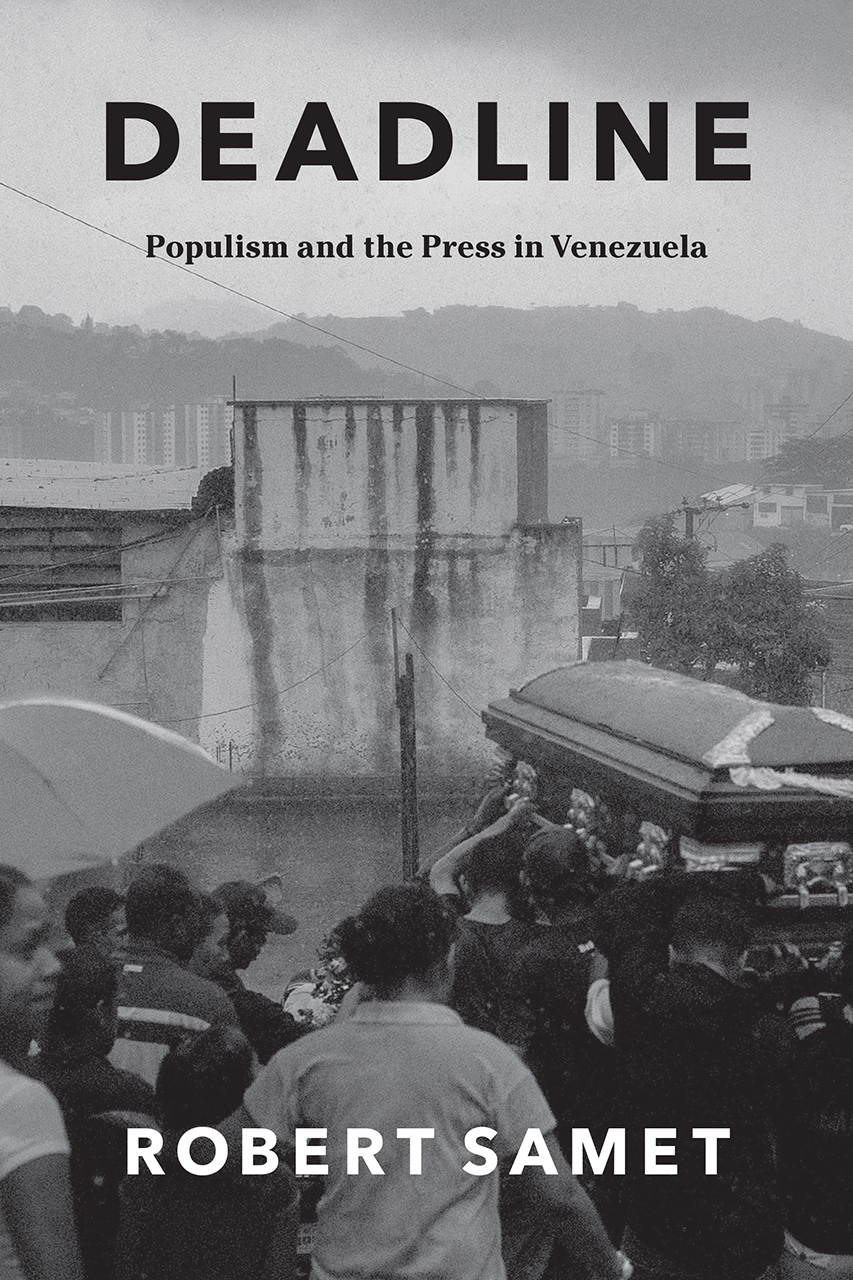 Since 2006, Venezuela has had the highest homicide rate in South America and one of the highest levels of gun violence in the world. Former president Hugo Chávez, who died in 2013, downplayed the extent of violent crime and instead emphasized rehabilitation. His successor, President Nicolás Maduro, took the opposite approach, declaring an all-out war on crime (mano dura). What accounts for this drastic shift toward more punitive measures?

In Deadline, anthropologist Robert Samet answers this question by focusing on the relationship between populism, the press, and what he calls “the will to security.” Drawing on nearly a decade of ethnographic research alongside journalists on the Caracas crime beat, he shows how the media shaped the politics of security from the ground up. Paradoxically, Venezuela’s punitive turn was not the product of dictatorship, but rather an outgrowth of practices and institutions normally associated with democracy. Samet reckons with this apparent contradiction by exploring the circulation of extralegal denuncias (accusations) by crime journalists, editors, sources, and audiences. Denuncias are a form of public shaming or exposé that channels popular anger against the powers that be. By showing how denuncias mobilize dissent, Deadline weaves a much larger tale about the relationship between the press, popular outrage, and the politics of security in the twenty-first century.