Bewitching Development: Witchcraft and the Reinvention of Development in Neoliberal Kenya 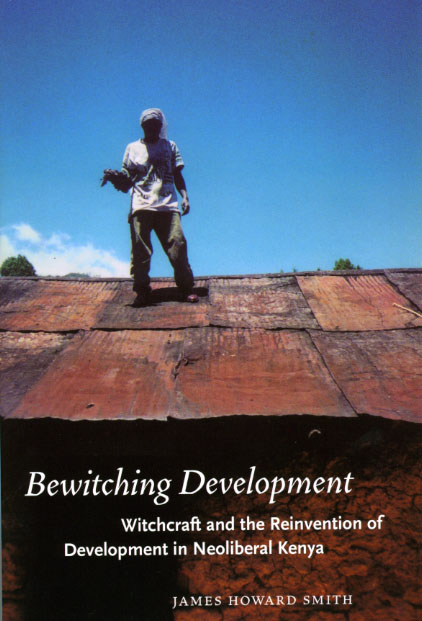 These days, development inspires scant trust in the West. For critics who condemn centralized efforts to plan African societies as latter day imperialism, such plans too closely reflect their roots in colonial rule and neoliberal economics. But proponents of this pessimistic view often ignore how significant this concept has become for Africans themselves. In Bewitching Development, James Howard Smith presents a close ethnographic account of how people in the Taita Hills of Kenya have appropriated and made sense of development thought and practice, focusing on the complex ways that development connects with changing understandings of witchcraft.

Similar to magic, development’s promise of a better world elicits both hope and suspicion from Wataita. Smith shows that the unforeseen changes wrought by development—greater wealth for some, dashed hopes for many more—foster moral debates that Taita people express in occult terms. By carefully chronicling the beliefs and actions of this diverse community—from frustrated youths to nostalgic seniors, duplicitous preachers to thought-provoking witch doctors—Bewitching Development vividly depicts the social life of formerly foreign ideas and practices in postcolonial Africa.