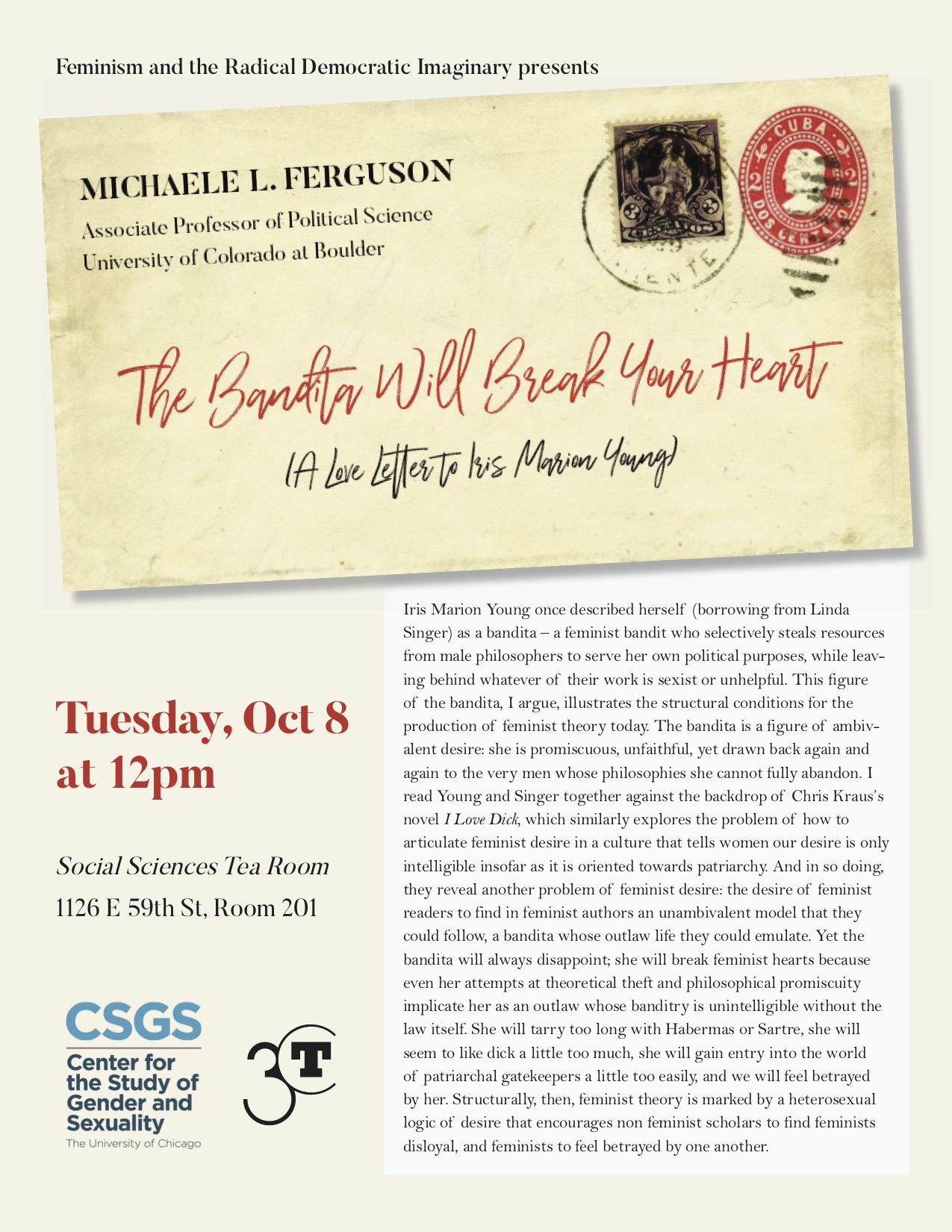 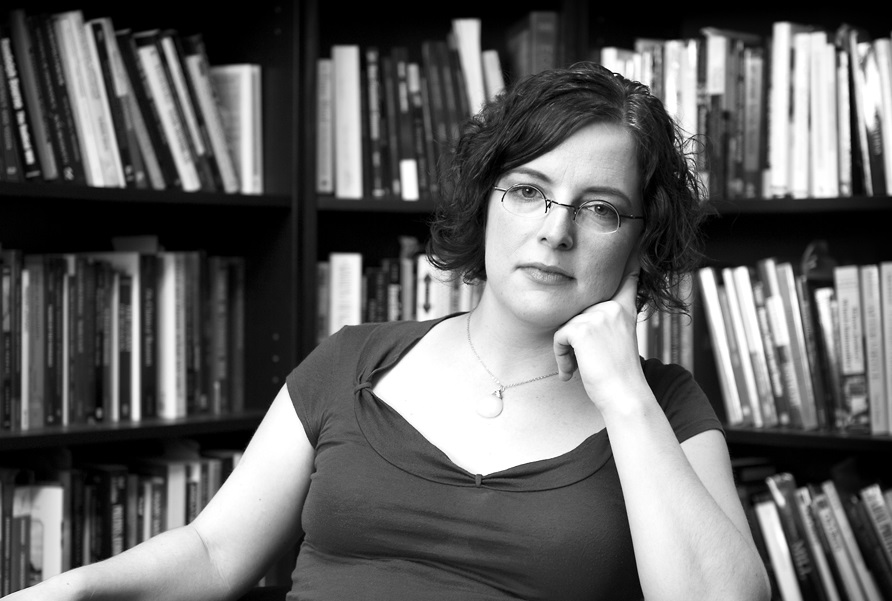 Iris Marion Young once described herself (borrowing from Linda Singer) as a bandita—a feminist bandit who selectively steals resources from male philosophers to serve her own political purposes, while leaving behind whatever of their work is sexist or unhelpful. This figure of the bandita, Ferguson argues, illustrates the structural conditions for the production of feminist theory today. The bandita is a figure of ambivalent desire: she is promiscuous, unfaithful, yet drawn back again and again to the very men whose philosophies she cannot fully abandon.

Ferguson reads Young and Singer together against the backdrop of Chris Kraus’s novel I Love Dick, which similarly explores the problem of how to articulate feminist desire in a culture that tells women our desire is only intelligible insofar as it is oriented towards patriarchy. And in so doing, they reveal another problem of feminist desire: the desire of feminist readers to find in feminist authors an unambivalent model that they could follow, a bandita whose outlaw life they could emulate. Yet the bandita will always disappoint; she will break feminist hearts because even her attempts at theoretical theft and philosophical promiscuity implicate her as an outlaw whose banditry is unintelligible without the law itself. She will tarry too long with Habermas or Sartre, she will seem to like dick a little too much, she will gain entry into the world of patriarchal gatekeepers a little too easily, and we will feel betrayed by her. Structurally, then, feminist theory is marked by a heterosexual logic of desire that encourages non feminist scholars to find feminists disloyal, and feminists to feel betrayed by one another.

Michaele L. Ferguson is Associate Professor of Political Science and Faculty Associate in the Women and Gender Studies Program at the University of Colorado at Boulder. She is the author of Sharing Democracy (Oxford University Press, 2012) and co-editor with Lori J. Marso of W Stands for Women: How the George W. Bush Presidency Shaped a New Politics of Gender (Duke University Press, 2007), as well as articles in feminist and democratic theory.

Presented by the Center for the Study of Gender and Sexuality as part of the Feminism and the Radical Democratic Imaginary series. Co-sponsored by 3CT.