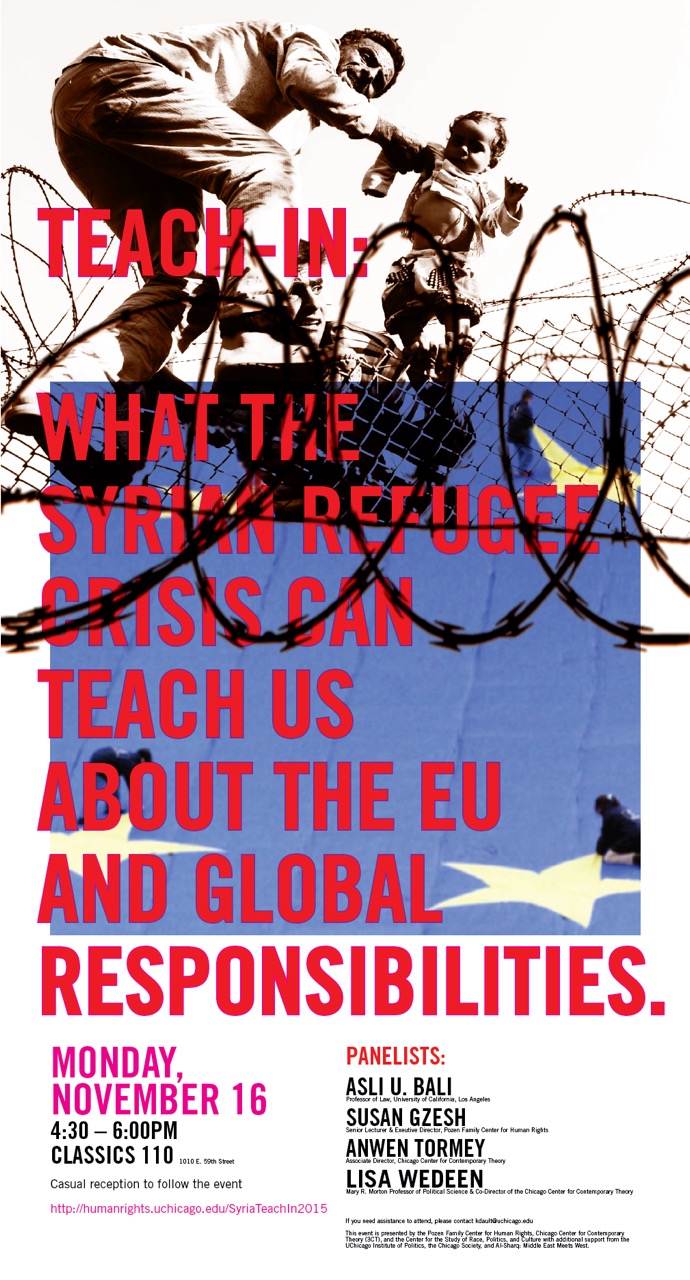 The recent refugee arrivals in Europe suggest an EU project in disarray in the face of a tremendous humanitarian crisis. Despite the fact that Syrian, Afghan, Eritrean and other conflict-driven refugees have been making the dangerous Mediterranean crossing in predictably increasing numbers for the past several years, the EU was again unprepared this Summer to properly receive and process refugees—as is its obligation under the Refugee Convention. What are we to make of this serial unpreparedness?

At this teach-in, UChicago and UCLA faculty will discuss—in a dialogue with students—what the highly-publicized fights over refugee quotas between the EU Institutions and its Member States signal about Europe’s sense of its ethico-legal obligations towards contemporary refugees and towards asylum protection itself. What are the exclusionary logics at play here—racial, religious, xenophobic? Bearing in mind the broader context of lingering austerity and surging populism in several of the transit Member States, we consider what role neoliberal/capitalist logics may play in all of this.

Lastly, we discuss the plight of the thousands of Syrian refugees caught between the hammer of a bloody civil war and the anvil of a largely unreceptive EU and US.

This event is presented by the Pozen Family Center for Human Rights, Chicago Center for Contemporary Theory (3CT), and the Center for the Study of Race, Politics, and Culture with additional support from the UChicago Institute of Politics, the Chicago Society, and Al-Sharq: Middle East Meets West.