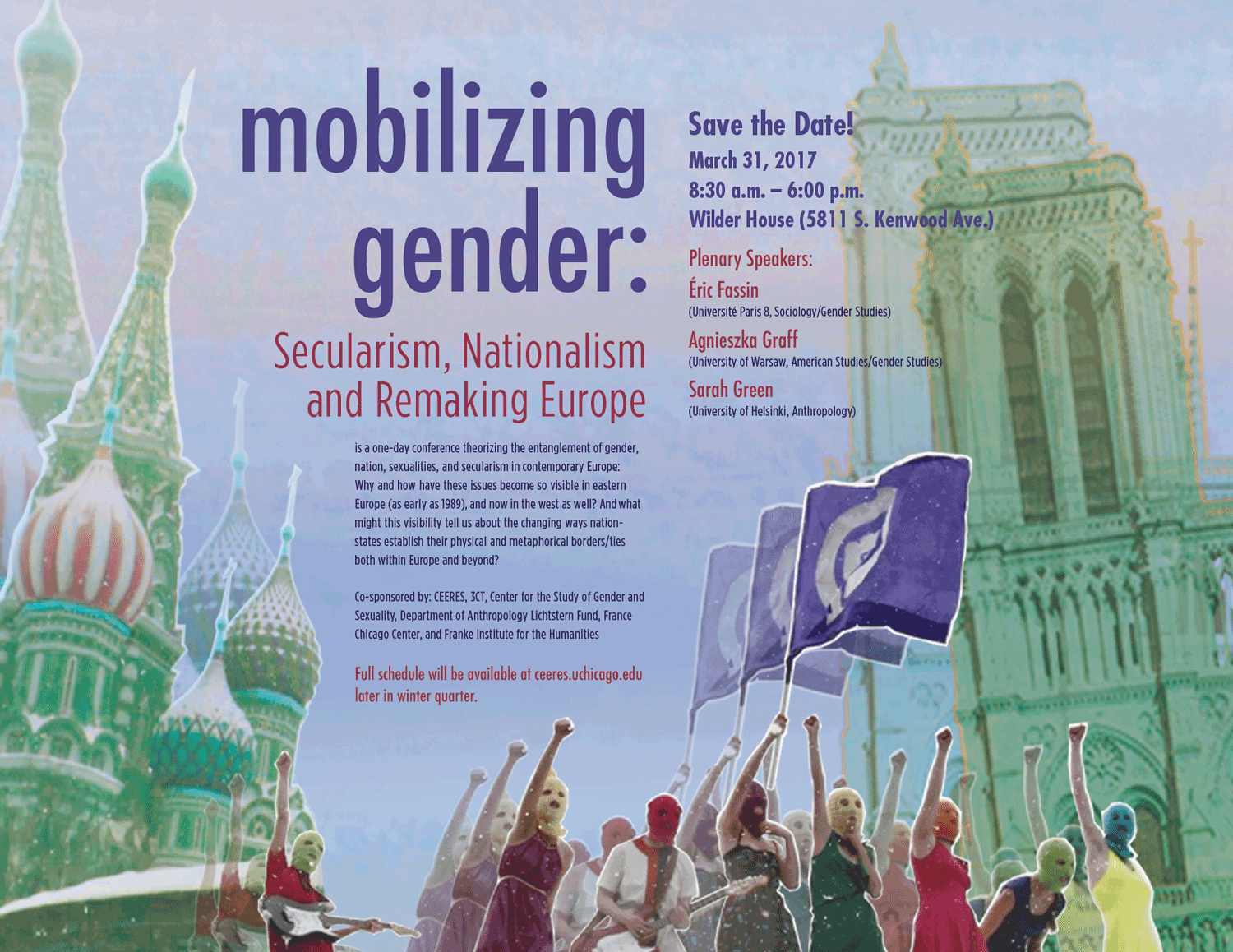 The entanglement of gender, nation, and secularism has become sharply visible in Europe over the last several years.

Four trends underscore this phenomenon. First, there has been a mobilization of “women’s rights” talk (closely connected to “human rights”) often used to discipline—or promote—religious beliefs and practices. Second, we see the use of homophobic discourse to stigmatize liberal states, politicians and policies. Third, state efforts to manage immigration hinge on attitudes about gender and sexuality. Claims about national religious (Christian) and/or secular heritages of Europe highlight the supposed contrast to attitudes about gender and sex of migrants. Fourth, abortion debates (e.g. in Poland as well as Ireland) reveal tensions between national Christian heritages and a Europe-wide commitment to secularism and liberalism.

These observations raise a number of important issues. For example, what is the role of gendered discourses and practices in enabling, sustaining, and reworking the nature of the secular-liberal state as well as its unexpected transnational alliances? Right-wing think tanks across Europe are mobilizing homophobic, anti-sex discourses and valorizing traditional gender-roles, and they are funded—cross-nationally—by both the Catholic Church and Putin’s Russia. Unexpected “bed-fellows”—one might pun. How and why does the regulation of gender/sexuality and reproduction appear to go hand-in-hand with the disciplining of religion in contemporary Europe? And what might this tell us about the changing ways that nations establish their physical and metaphorical borders/ties to the rest of Europe?

This one-day conference seeks to address these questions by bringing together people whose work—theoretically, empirically, methodologically—touches upon some of the central issues at play. The cross-disciplinary discussion will feature speakers drawn from Europe and the United States, drawing from both the humanities and the social sciences. Plenary speakers are: Éric Fassin (Université de Paris 8, Sociology/Political Science) Agnieszka Graff (University of Warsaw, Literature/Gender studies) Sarah Green (University of Helsinki, Anthropology).

This event is co-sponsored by 3CT, CEERES, Center for the Study of Gender and Sexuality, Department of Anthropology Lichtstern Fund, France Chicago Center, and Franke Institute for the Humanities.