Losing the Plot: Queer Digressions on the New Ontology 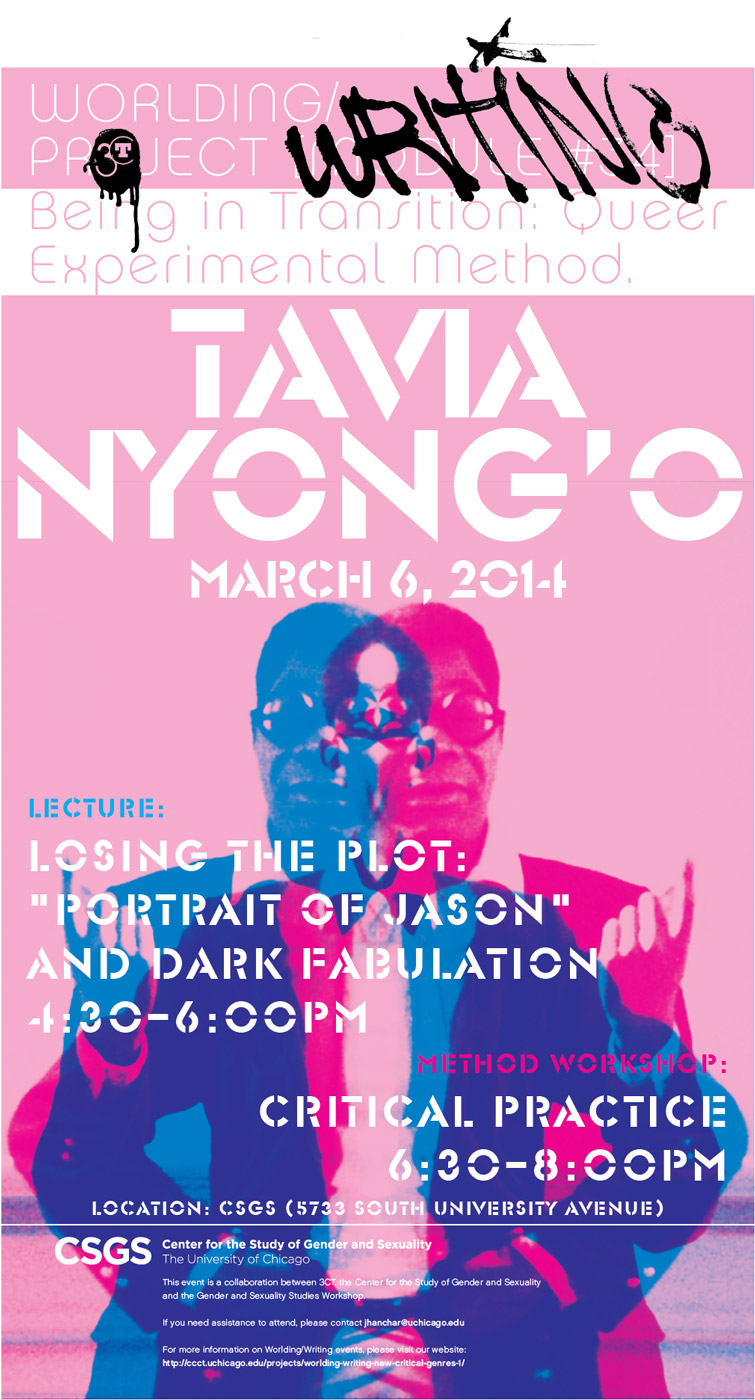 This lecture investigates the time and work of queer fabulation, through a particular focus on the digressive narrator. The recent upsurge in ontological theorizing, Nyong’o suggests, is deliberately interested in losing the plot, in abandoning narrative, and in decentering the human narrator as subject and agent. This new ontological thinking finds an unlikely, if untrustworthy, champion in the fabulous, garrulous, and digressive storyteller, who displays as a symptom what the new ontology would champion as a method. Engaging new ontologists such as Jane Bennett, Timothy Morton, and Levi Bryant, and reading digressive queer narrators such as Vaginal Davis, Jason Holliday (Portrait of Jason) and Suzanne Alexander (Adrienne Kennedy’s Alexander plays), this talk argues that the return of the real brings with it, paradoxically, the return of the ‘fabula.’ Losing the plot, Nyong’o concludes, does not end the story of the minoritarian subject, so much as it opens up new vistas onto the work of fabulation in the post-historical present.

This event is a collaboration between the LGBTQ project of the Center for the Study of Gender and Sexuality (CSGS) and 3CT’s Worlding/Writing Project.