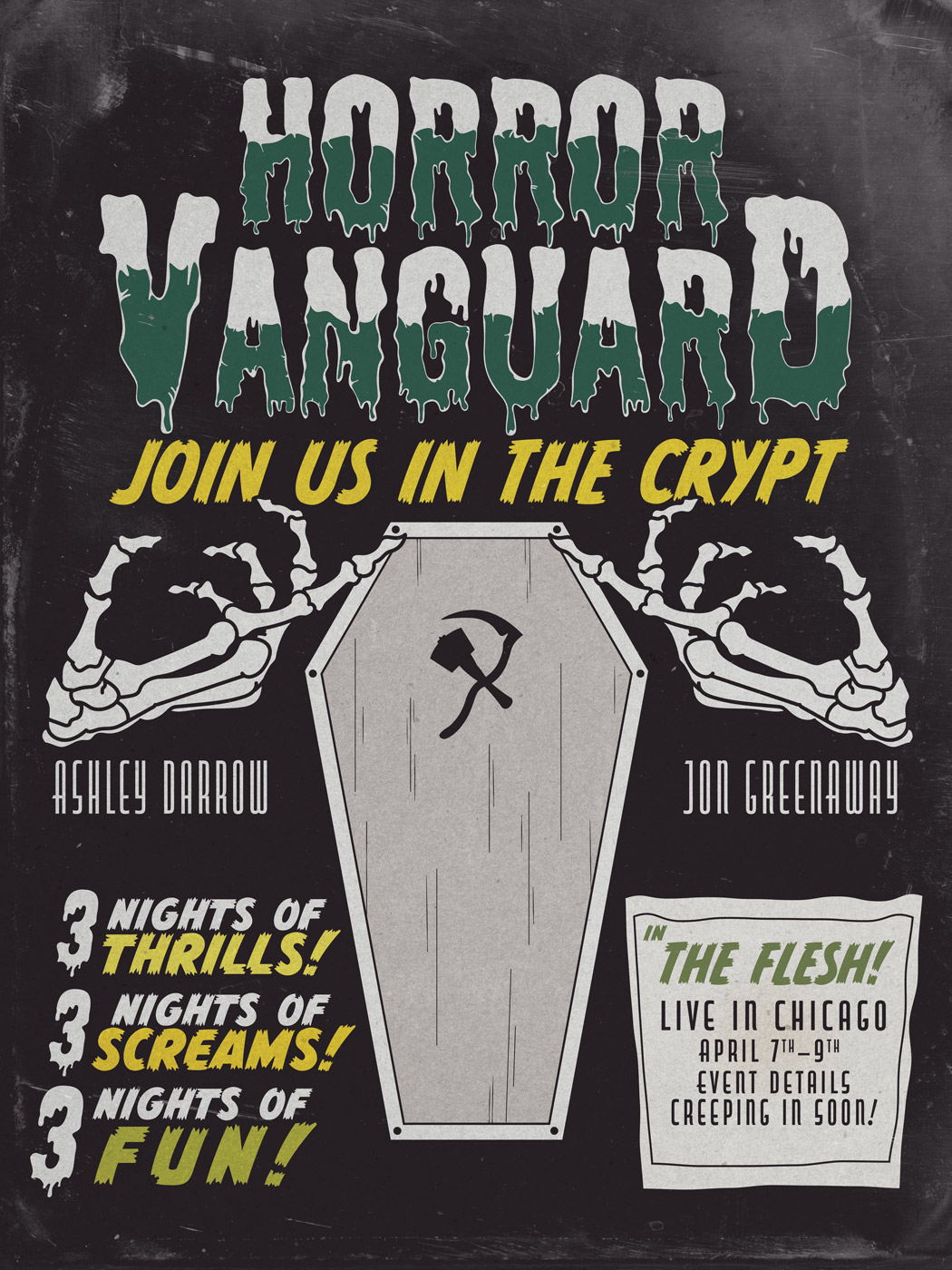 Horror Vanguard LIVE! is a three-day event that brings the hosts of the popular academic horror film critique podcast Horror Vanguard to campus for a series of talks, all of which are free and open to the public.

Jon Greenaway acquired his PhD from the Manchester Centre for Gothic Studies in 2017. He is the founding editor of the journal The Dark Arts: New And Emerging Voices in Gothic Studies and is the co-editor of Horror and Religion: New Directions In Theology, Race and Sexuality (University of Wales Press, 2019). He has spoken at academic conferences across Europe and the USA and his work has appeared in The Guardian, The New York Times, The Baffler, and The New Republic. He is the author of the monograph Theology, Horror and Fiction: A Reading of the Gothic Nineteenth Century (Bloomsbury Academic Press, 2020). He publishes widely on a range of topics but writes on the intersections of Marxist theory, political theology, cultural theory and the semio-capitalism of neoliberalism.

Ashley Darrow earned his Master’s degree from National University in 2017. He has been invited to talk in the United States, Mexico, and the UK on media and the Gothic. Ashley has helped organize conferences on topics ranging from Buffy the Vampire Slayer and the Bible to Games Studies. His publications include “Peaceful in Death: Encountering Death in the Pokémon Universe” (2020) and forthcoming works on Marxism and the Gothic side of cinema. Ashley is an active writer and speaker on left politics and cinema.

Covid precautions and disability accommodations: Masking is now optional on the University of Chicago campus, but is strongly encouraged by the organizers of this event. We are dedicated to making this event accessible to people with disabilities who may require accommodations. Please contact Laura Colaneri with any questions about accessibility or to make a request for accommodations.