From Revolution to Devolution? Dilemmas of Decentralization in the Middle East 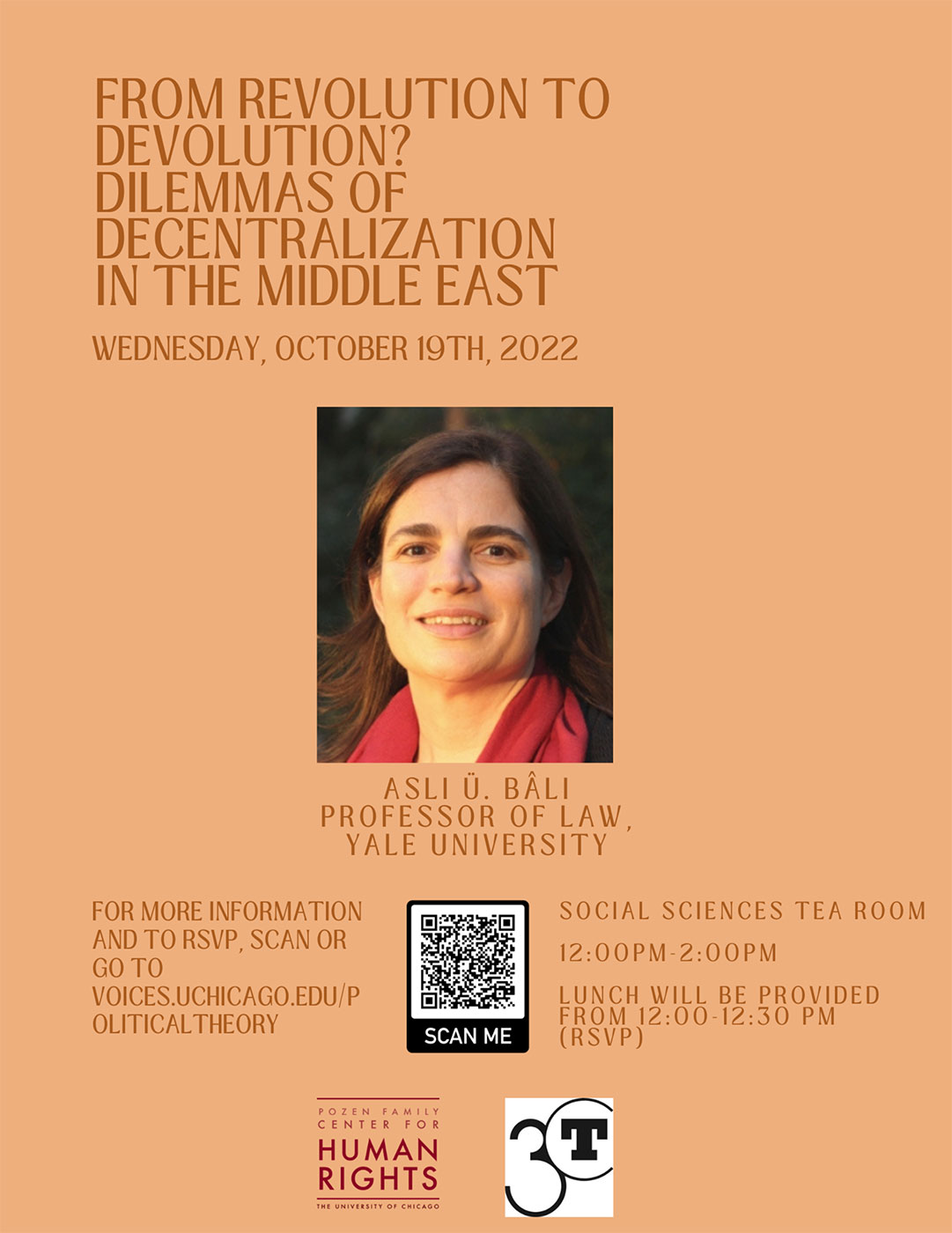 This seminar engages in a qualitative comparison of four experiences with decentralization in the Middle East to explore the ways in which decentralized governance arrangements might address governance crises, identity-based conflict and self-determination demands in the Middle East. Bâli argues that the failure to engage with these and other experiences in the MENA region in the growing literature on decentralization in comparative politics and law produces gaps in both the institutional design strategies available in the prescriptions derived from the literature, and also in our accounts of the region that focus exclusively on the macro politics of authoritarianism without paying attention to experiments on the ground that have sought to formulate alternative governance strategies.

Asli Bâli is Professor of Law at the Yale Law School. Previously, she was on the faculty at the UCLA School of Law where she was Faculty Director of the Promise Institute for Human Rights, a core faculty member of the Critical Race Studies Program and served as the Director of the UCLA Center for Near Eastern Studies. Bâli’s research focuses on two broad areas: public international law—including human rights law and the law of the international security order—and comparative constitutional law, with a focus on the Middle East. Her scholarship has appeared in leading international and comparative law reviews and peer reviewed journals such as the American Journal of International Law,  International Journal of Constitutional Law and Law & Social Inquiry; her edited volume Constitution Writing, Religion and Democracy was published by Cambridge University Press in 2017 and a second edited volume, Identity Conflict, Governance and Decentralization in the Middle East is forthcoming from Cambridge University Press in 2022. She received her J.D. from Yale, her M.Phil. from Cambridge University and her Ph.D in Politics from Princeton University.