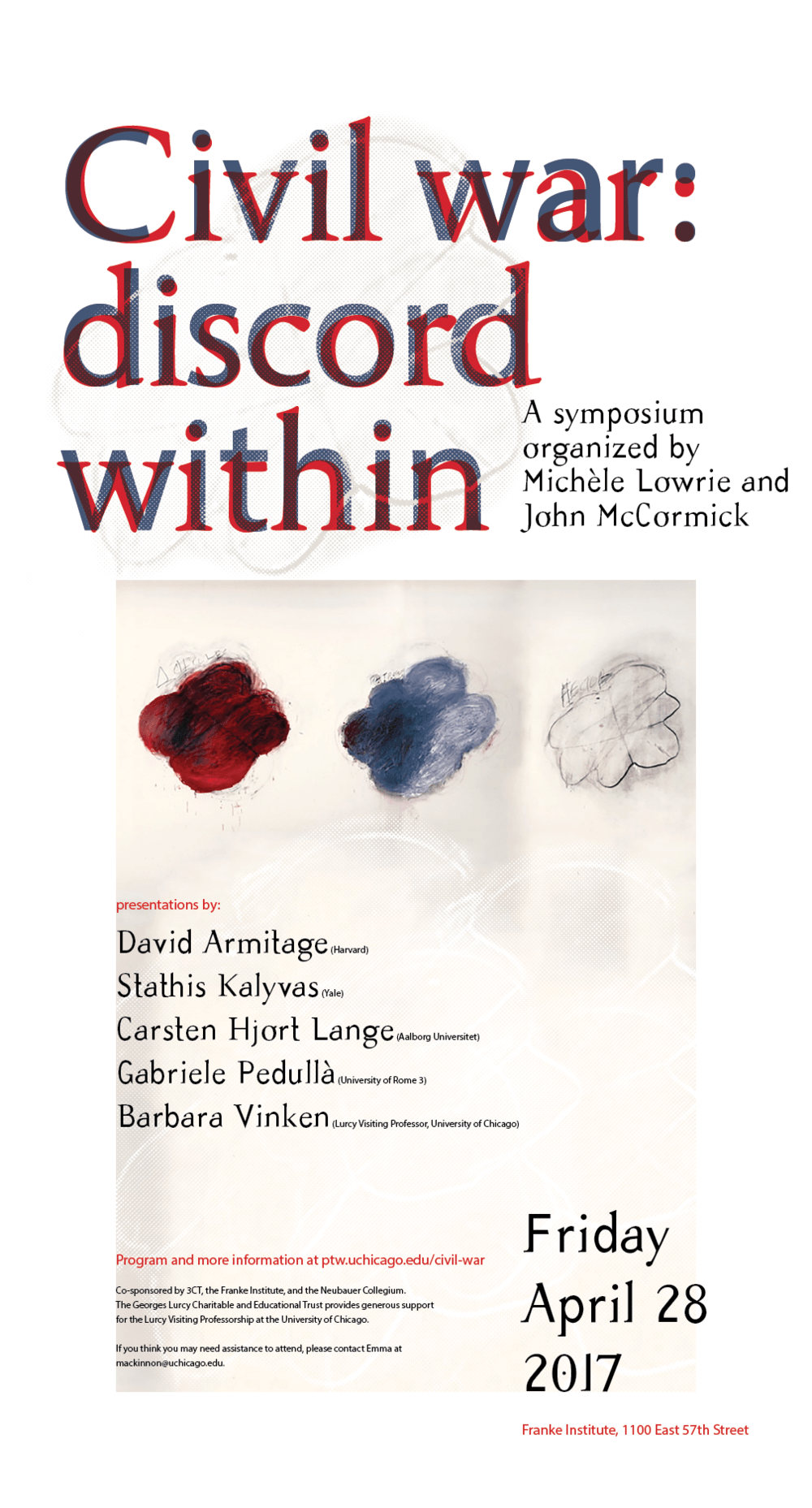 To call formally organized violence within a regime “civil war” is never an innocent act. As armed conflict within borders has become a widespread mode of warfare in recent years, civil war has attracted new attention across disciplines. Bellum civile, the Roman concept for partisan warfare among citizens, has lent its name to such disturbances in modern European languages (guerre civile, Bürgerkrieg), but many other terms compete for dominance. What are the stakes of naming violent domestic conflict civil war rather than revolution, or the Greek stasis, or tumult, sedition, insurgency, or guerilla warfare? At what point do we call conflicts civil wars and when do we stop doing so? The recent disturbance in Syria, for instance, goes by civil war in the Western media, but it raged for a full year before earning that appellation. Arabists, however, prefer to characterize it as a proxy war between Saudi Arabia and Iran and therefore feel civil war is off the mark—a terminological-conceptual controversy that hearkens back at least to the “Spanish Civil War.” Some might choose to designate the Syrian conflict rather a religious war within Islam. Depending on one’s stakes, the name of civil war can legitimate one side or condemn all of the warring parties.

Civil war always entails boundary violation—physical, political, social—whether by crossing geo-political and normative-ideological lines or failing to do so. This means that it confronts notions of cosmic and conceptual order. Where does the division fall between internal and external violence, between different kinds of internal violence? How legitimate is the distinction or indistinction between familial and political violence, between religious and political violence? Why is fratricide a common trope for civil war even when actual brothers hardly ever kill each other? At what point can you say civil war has come to an end?

Organized by Michèle Lowrie and John McCormick
Download the symposium program as a PDF.

3:00pm — “The Third Paradigm of Civil War. The Machiavellians between Aristotle and Hobbes”
Gabriele Pedull&agrave, University of Rome 3

David Armitage is the Lloyd C. Blankfein Professor of History and Chair of the Department of History at Harvard University, where he teaches intellectual history and international history. He is the author or editor of fifteen books, including most recently Civil War: A History in Ideas (Knopf, 2017).

Carsten Hjort Lange is Assistant Professor in the Department of Culture and Global Studies at Aalborg University. He is co-editor of Brill’s “Historiography of Rome and its Empire” series and author of Triumphs in the Age of Civil War: The Late Republic and the Adaptability of Triumphal Tradition (Bloomsbury, 2016). He is presently completing the book Mars at Home: the Logic of Civil War in Ancient Roman Society.

Stathis N. Kalyvas is Arnold Wolfers Professor of Political Science and Director of the Program on Order, Conflict, and Violence at Yale University. He is author of The Logic of Violence in Civil War (Cambridge, 2006), The Rise of Christian Democracy in Europe (Cornell, 1996), and Modern Greece (Oxford, 2015).

Gabriele Pedullà is Professor of Italian Literature and Contemporary Literature at the University of Rome 3. A fellow of Villa i Tatti (the Harvard University Center for Italian Renaissance Studies), he has been visiting professor at Stanford and UCLA. He published a book on the partisan-writer Beppe Fenoglio (Donzelli, 2001), a monograph on Machiavelli’s theory of conflict (Bulzoni, 2011), and a new commentary on Machiavelli’s The Prince (Donzelli, 2013). His anthology of partisan short stories, Racconti della Resistenza (Einaudi, 2005), was a best-selling book in Italy. In 2009 he published his first book of fiction, the award-winning collection of short stories Lo spagnolo senza sforzo (Einaudi, 2009).

Barbara Vinken is Professor of Literature and Romance Studies at the Ludwig Maximilian University of Munich. She is currently visiting the University of Chicago as the Lurcy Professor (Spring 2017) and has in the past been a visiting professor at Venice International University, New York University, Johns Hopkins University, Université Michel de Montaigne, Bordeaux, École des Hautes Études en Sciences Sociales, Paris, and Humboldt-Universität, Berlin. Her numerous books include, most recently, the bestseller Angezogen: Das Geheimnis der Mode (Klett-Cotta, 2013).

This event is co-sponsored by 3CT, the Franke Institute, and the Neubauer Collegium. The Georges Lurcy Charitable and Educational Trust provides generous support for the Lurcy Visiting Professorship at the University of Chicago.