Inclusion: The Politics of Difference in Medical Research 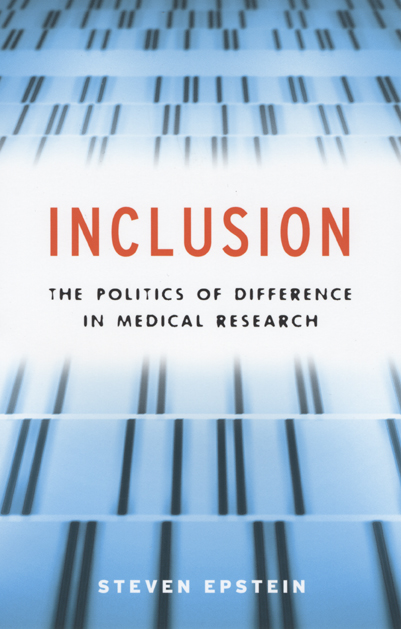 With Inclusion, Steven Epstein argues that strategies to achieve diversity in medical research mask deeper problems, ones that might require a different approach and different solutions.

Formal concern with this issue, Epstein shows, is a fairly recent phenomenon. Until the mid-1980s, scientists often studied groups of white, middle-aged men—and assumed that conclusions drawn from studying them would apply to the rest of the population. But struggles involving advocacy groups, experts, and Congress led to reforms that forced researchers to diversify the population from which they drew for clinical research. While the prominence of these inclusive practices has offered hope to traditionally underserved groups, Epstein argues that it has drawn attention away from the tremendous inequalities in health that are rooted not in biology but in society.