New Book on the Work of Dipesh Chakrabarty 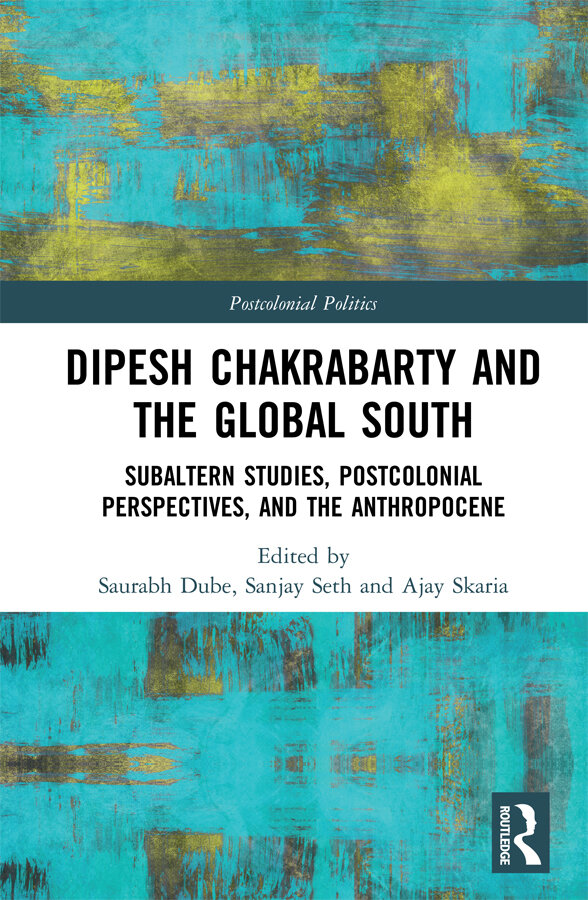 3CT fellow Dipesh Chakrabarty’s distinguished and wide-ranging scholarship is the subject of a new book from Routledge’s ‘Postcolonial Politics’ series. Edited by Saurabh Dube, Sanjay Seth, and Ajay Skaria, Dipesh Chakrabarty and the Global South: Subaltern Studies, Postcolonial Perspectives, and the Anthropocene brings together original, commissioned texts that “imaginatively engage Chakrabarty’s insights and arguments, in order to incisively explore important issues of the politics of knowledge in contemporary worlds.”

“Over the last four decades, Dipesh Chakrabarty’s astonishingly wide-ranging scholarship has elaborated a range of important issues, especially those of modernity, identity, and politics—in dialogue with postcolonial theory and critical historiography—on global and planetary scales. All of this makes Chakrabarty among the most significant (and most cited) scholars working in the humanities and social sciences today. The present text comprises substantive yet short, academic yet accessible essays that are crafted in conversation with the critical questions raised by Chakrabarty’s writings.”

Read more about the book.