Toward a Bourdieusian Analysis of Empires: Rescaling Field Theory 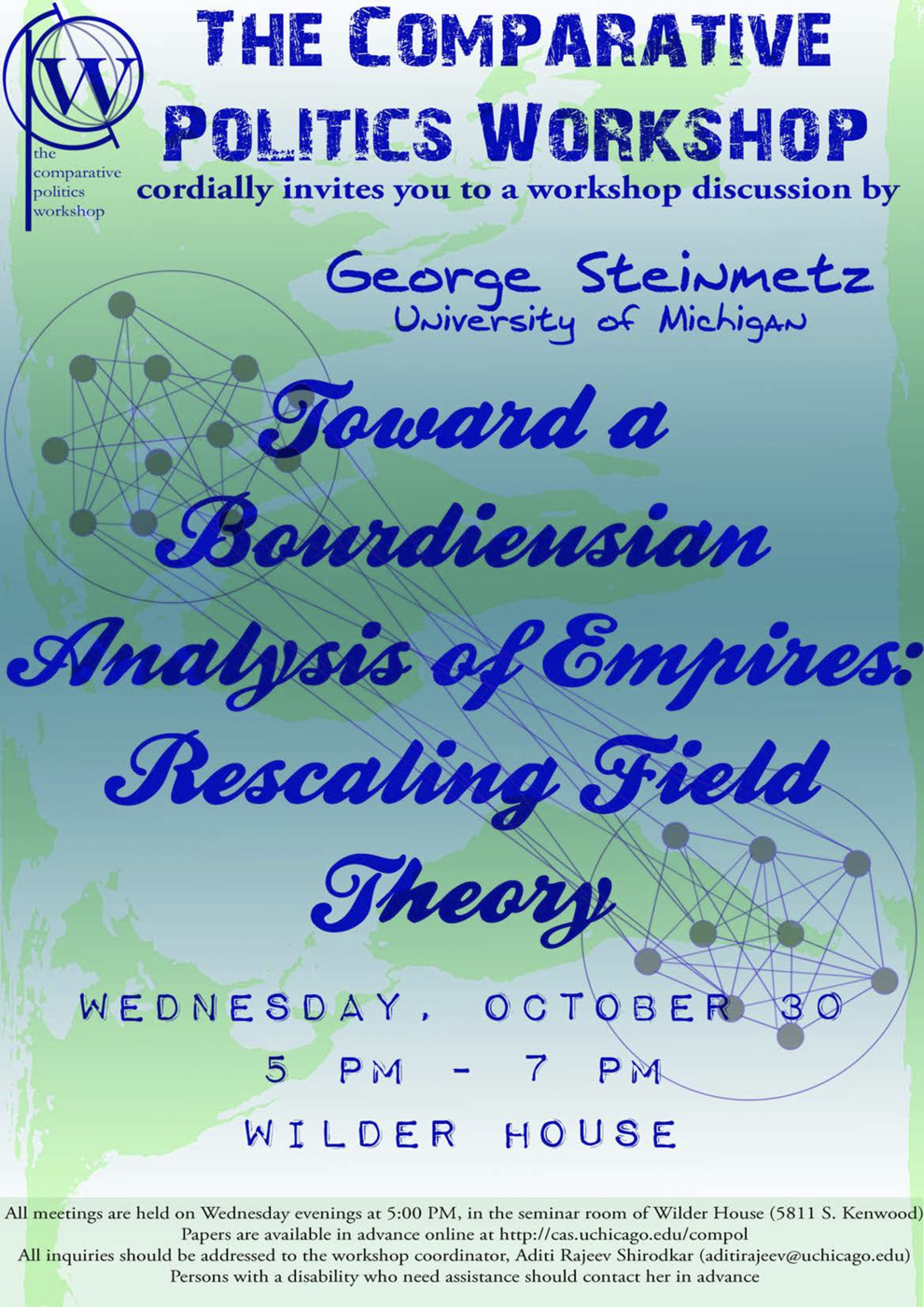 Beginning with a reading of Pierre Bourdieu’s recently published lectures at the College de France on the state, this paper elaborates a neo- or post-Bourdieusian theory of empires. Several specific revisions of Bourdieu’s political theory are suggested. Empires should be distinguished from states. The scale of fields cannot be assumed to be coextensive with the nation-state, but often extends beyond those boundaries. Modern colonial empires consisted of a multiplicity of states, or state fields. Colonial state fields, like metropolitan state fields, were characterized by competition for specific forms of symbolic capital. Because metropolitan and colonial states were not governed by the same species of symbolic capital, however, circulation by officials among colonies or between metropole and colony was never unproblematic. Such movement was contingent on the various states being part of a unified field. The combination of metropolitan colonial offices and overseas colonial states typically constitutes an imperial administrative space, rather than a field per se. In addition to the plurality of states associated with the conquering power, colonial empires typically preserve indigenous or conquered states. The entire imperial formation is thus a multi-layered congeries of states and other political formations. Any concept of a “flat earth” is immediately called into question by empires, which are both intricately striated and oppressively partitioned, while also being conducive to some more fluid processes of transculturation. The paper draws on examples from the British, German, and French empires.

This event is presented by the Comparative Politics Workshop and co-sponsored by 3CT.