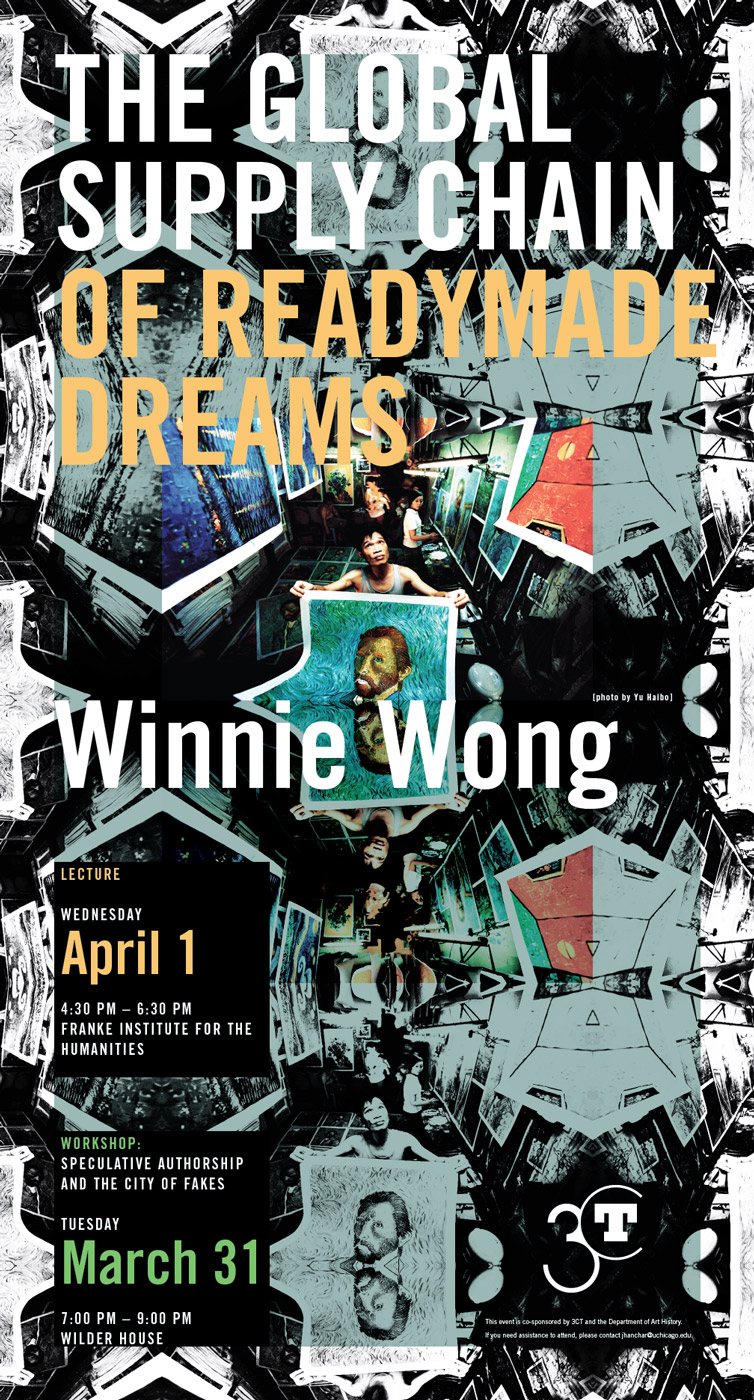 Winnie Wong will discuss her research, which she conducted for her first book, Van Gogh on Demand. Wong describes the artistic production process in the southern Chinese village of Dafen, where thousands of workers paint van Goghs, Da Vincis, Warhols, and other Western masterpieces for the world market, producing an astonishing five million paintings a year.

In Van Gogh on Demand, Wong argues that the global contemporary art world is shaped by two powerful ideas: the postmodern assertion of “the death of the author” and the universalist notion that “everybody is an artist.” She does so by focusing on an unlikely case of global art production, China’s Dafen Oil Painting Village, a flexible production center of eight thousand Chinese painters. Wong spent five years in the field working on transnational trade, and offers a comprehensive account of this “readymade” art. She assesses the full theoretical impact via a narrative that centers on two unique sets of “authors”: internationally-active artists who made Dafen village into a source of appropriated paintings and a subject of conceptual art; and the Chinese party-state, which turned Dafen village into a model cultural industry and the subject of extensive propaganda spanning television and the World Expo. Wong examines the encounter between contemporary artists and the Dafen painters whose labor they appropriate, which enables her to explore the critical issues of artistic authorship and its relationship to anonymous production. By examining how this encounter operated within the Chinese government’s embrace of creative industries and its attendant production of creative subjects, she offers an account of art practices in a period of cultural shifts heightened by an ascendant China.

This event is co-sponsored by 3CT and the Department of Art History.